Caroline Kepnes is the author of You, Hidden Bodies, Providence, and numerous short stories. Her work has been translated into a multitude of languages and inspired a television series adaptation of You, currently on Netflix. Kepnes graduated from Brown University and previously worked as a pop culture journalist for Entertainment Weekly and a TV writer for 7th Heaven and The Secret Life of the American Teenager.She grew up on Cape Cod, Massachusetts, and now lives in Los Angeles. 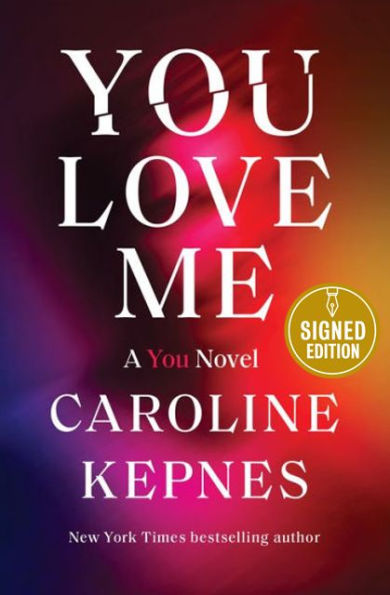 Joe is done with the cities. He’s done with the muck and the posers, done with Love. Now, he’s saying hello to nature, to simple pleasures on a cozy island in the Pacific Northwest. For the first time in a long time, he can just breathe.

He gets a job at the local library—he does know a thing or two about books—and that’s where he meets her: Mary Kay DiMarco. Librarian. Joe won’t meddle, he will not obsess. He’ll win her the old-fashioned way . . . by providing a shoulder to cry on, a helping hand. Over time, they’ll both heal their wounds and begin their happily ever after in this sleepy town.

True love can only triumph if both people are willing to make room for the real thing. Joe cleared his decks. He’s ready. And hopefully, with his encouragement and undying support, Mary Kay will do the right thing and make room for him.