Join for a virtual event with J. Elle for a discussion on “Wings of Ebony.”

J. Elle was born in Houston, Texas, and is a first-generation college student with a bachelor’s in journalism and MA in educational administration and human development. An advocate for marginalized voices in both publishing and her community, J. Elle’s passion for empowering youth dates back to her first career in education. She’s worked as a preschool director, middle school teacher, and high school creative writing mentor. In her spare time, she volunteers at an alternative school, provides feedback for aspiring writers, loves on her three littles, and cooks up dishes true to her Texas and Louisiana roots. Wings of Ebony is her first novel. 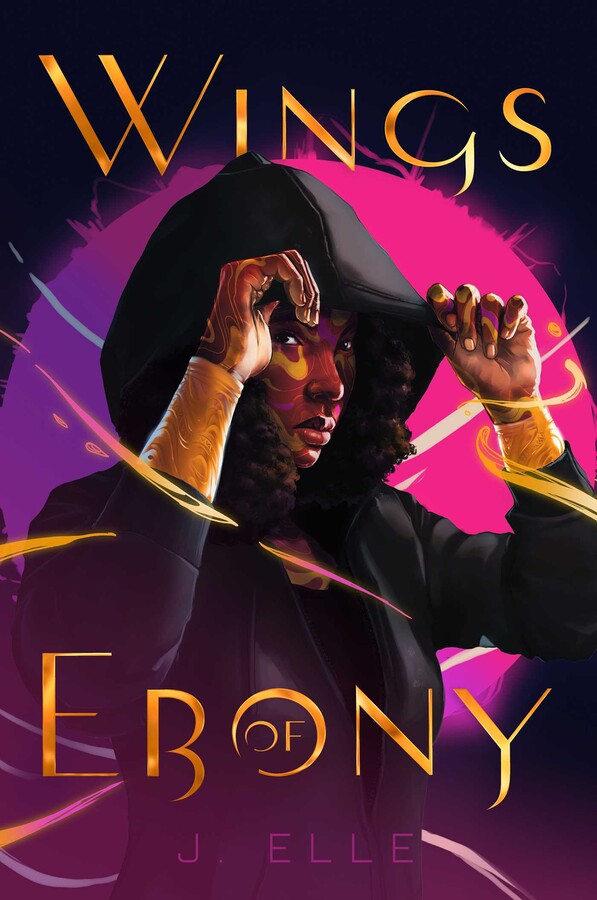 In this riveting, keenly emotional debut fantasy, a Black teen from Houston has her world upended when she learns about her godly ancestry and must save both the human and god worlds. Perfect for fans of Angie Thomas, Tomi Adeyemi, and The Hunger Games!

“Make a way out of no way” is just the way of life for Rue. But when her mother is shot dead on her doorstep, life for her and her younger sister changes forever. Rue’s taken from her neighborhood by the father she never knew, forced to leave her little sister behind, and whisked away to Ghizon—a hidden island of magic wielders.

Rue is the only half-god, half-human there, where leaders protect their magical powers at all costs and thrive on human suffering. Miserable and desperate to see her sister on the anniversary of their mother’s death, Rue breaks Ghizon’s sacred Do Not Leave Law and returns to Houston, only to discover that Black kids are being forced into crime and violence. And her sister, Tasha, is in danger of falling sway to the very forces that claimed their mother’s life.

Worse still, evidence mounts that the evil plaguing East Row is the same one that lurks in Ghizon—an evil that will stop at nothing until it has stolen everything from her and everyone she loves. Rue must embrace her true identity and wield the full magnitude of her ancestors’ power to save her neighborhood before the gods burn it to the ground.