Join bestselling authors Marie Benedict and Kate Quinn as they discuss their books “The Mystery of Mrs. Christie: A Novel” and “The Rose Code.”

Marie Benedict is the author of The Other Einstein, Carnegie’s Maid, The Only Woman in the Room, and Lady Clementine. She is a lawyer with more than ten years’ experience as a litigator at two of the country’s premier law firms and for Fortune 500 companies. Visit her online at authormariebenedict.com.

Kate Quinn is the New York Times and USA Today bestselling author of historical fiction. A native of southern California, she attended Boston University where she earned a Bachelor’s and Master’s degree in Classical Voice. She has written four novels in the Empress of Rome Saga, and two books in the Italian Renaissance, before turning to the 20th century with The Alice Network and The Huntress. All have been translated into multiple languages. Kate and her husband now live in San Diego with two rescue dogs. 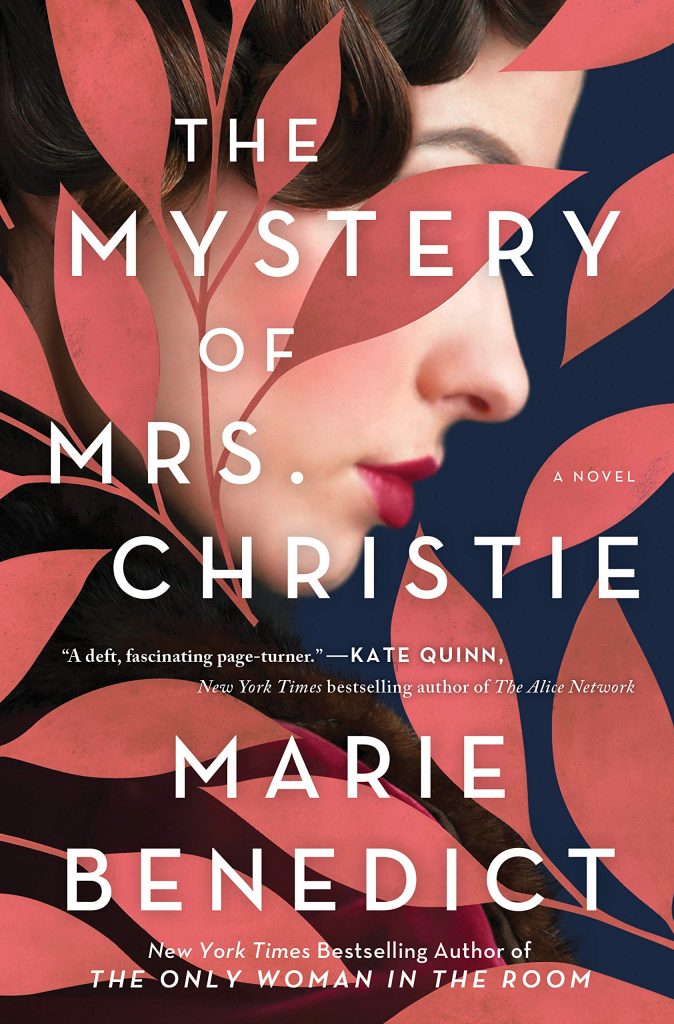 “A deft, fascinating page-turner replete with richly drawn characters and plot twists that would stump Hercule Poirot.” —Kate Quinn, New York Timesbestselling author of The Alice Network, The Huntress, and The Rose Code

The New York Times and USA Today bestselling author of The Only Woman in the Room returns with a thrilling reconstruction of one of the most notorious events in literary history: Agatha Christie’s mysterious 11-day disappearance in 1926.

In December 1926, Agatha Christie goes missing. Investigators find her empty car on the edge of a deep, gloomy pond, the only clues some tire tracks nearby and a fur coat left in the car — strange for a frigid night. Her World War I veteran husband and her daughter have no knowledge of her whereabouts, and England unleashes an unprecedented manhunt to find the up-and-coming mystery author. Eleven days later, she reappears, just as mysteriously as she disappeared, claiming amnesia and providing no explanations for her time away.

The puzzle of those missing eleven days has persisted. With her trademark historical fiction exploration into the shadows of the past, acclaimed author Marie Benedict brings us into the world of Agatha Christie, imagining why such a brilliant woman would find herself at the center of such murky historical mysteries.

What is real, and what is mystery? What role did her unfaithful husband play, and what was he not telling investigators?

Agatha Christie novels have withstood the test of time, due in no small part to Christie’s masterful storytelling and clever mind that may never be matched, but Agatha Christie’s untold history offers perhaps her greatest mystery of all.

Fans of The Secrets We Kept, The Lions of Fifth Avenue, and The Alice Networkwill enjoy this riveting saga of literary history, suspense, and love gone wrong.

Also By Marie Benedict:
The Other Einstein
Carnegie’s Maid
The Only Woman in the Room
Lady Clementine 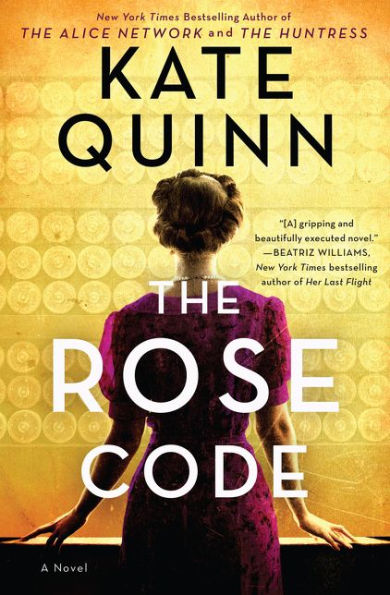 “The hidden history of Bletchley Park has been waiting for a master storyteller like Kate Quinn to bring it to life. THE ROSE CODE effortlessly evokes the frantic, nervy, exuberant world of the Enigma codebreakers through the eyes of three extraordinary women who work in tireless secrecy to defeat the Nazis. Quinn’s meticulous research and impeccable characterization shine through this gripping and beautifully executed novel.”

The New York Times and USA Today bestselling author of The Huntress and The Alice Network returns with another heart-stopping World War II story of three female code breakers at Bletchley Park and the spy they must root out after the war is over.

1940. As England prepares to fight the Nazis, three very different women answer the call to mysterious country estate Bletchley Park, where the best minds in Britain train to break German military codes. Vivacious debutante Osla is the girl who has everything—beauty, wealth, and the dashing Prince Philip of Greece sending her roses—but she burns to prove herself as more than a society girl, and puts her fluent German to use as a translator of decoded enemy secrets. Imperious self-made Mab, product of east-end London poverty, works the legendary codebreaking machines as she conceals old wounds and looks for a socially advantageous husband. Both Osla and Mab are quick to see the potential in local village spinster Beth, whose shyness conceals a brilliant facility with puzzles, and soon Beth spreads her wings as one of the Park’s few female cryptanalysts. But war, loss, and the impossible pressure of secrecy will tear the three apart.

1947. As the royal wedding of Princess Elizabeth and Prince Philip whips post-war Britain into a fever, three friends-turned-enemies are reunited by a mysterious encrypted letter—the key to which lies buried in the long-ago betrayal that destroyed their friendship and left one of them confined to an asylum. A mysterious traitor has emerged from the shadows of their Bletchley Park past, and now Osla, Mab, and Beth must resurrect their old alliance and crack one last code together. But each petal they remove from the rose code brings danger—and their true enemy—closer…