Authors Amal El-Mohtar and Max Gladstone (This Is How You Lose the Time War), Kameron Hurley (The Light Brigade), and Linden A. Lewis (The First Sister) discuss the concept of time—bending, breaking, rethinking it—in their works of speculative fiction, moderated by journalist Jason Heller (pop culture for The New Yorker, The Atlantic, Rolling Stone, Pitchfork, NPR, and more)

Amal El-Mohtar is an award-winning author, editor, and critic. Her short story “Seasons of Glass and Iron” won the Hugo, Nebula, and Locus awards and was a finalist for the World Fantasy, Sturgeon, Aurora, and Eugie Foster awards. She is the author of The Honey Month, a collection of poetry and prose written to the taste of twenty-eight different kinds of honey, and contributes criticism to NPR Books and The New York Times. Her fiction has most recently appeared on Tor and Uncanny Magazine, and in anthologies such as The Djinn Falls in Love & Other Stories and The Starlit Wood: New Fairy Tales. She is presently pursuing a PhD at Carleton University and teaches creative writing at the University of Ottawa. She can be found online at @Tithenai.

Max Gladstone is the author of the Hugo-nominated Craft Sequence, which Patrick Rothfuss called “stupefyingly good.” The sixth book, Ruin of Angels, was released September 2017. Max’s interactive mobile game Choice of the Deathless was nominated for the XYZZY Award, and his critically acclaimed short fiction has appeared on Tor and in Uncanny Magazine, and in anthologies such as XO Orpheus: Fifty New Myths and The Starlit Wood: New Fairy Tales. John Crowley described Max as “a true star of 21st-century fantasy.” Max has sung in Carnegie Hall and was once thrown from a horse in Mongolia.

Kameron Hurley is the acclaimed author of the novels God’s War, The Mirror Empire, and The Light Brigade. Hurley has been awarded two Hugo Awards, the Kitschies Award for Best Debut Novel, and has also been a finalist for the Nebula Award, the Arthur C. Clarke Award, the British Science Fiction and Fantasy Award, and the Locus Award. Visit the author online at KameronHurley.com or on Twitter at @KameronHurley.

Linden A. Lewis is a queer writer and world wanderer currently living in Madrid with a couple of American cats who have little kitty passports. Tall and tattooed, and the author of The First Sister, Linden exists only because society has stopped burning witches. 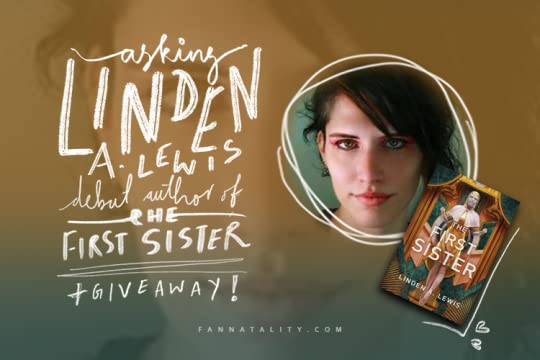