Please join author and executive director of the Moravian Historical Society, Susan F. Ellis for a signing of her book, “Images of America Series: Nazareth” in PA. 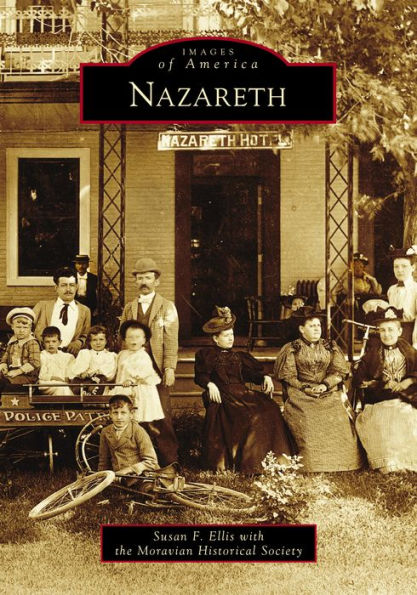 In 1740, Moravian immigrants made their first permanent American settlement in Nazareth, Pennsylvania. Nazareth was closed to residents outside of the Moravian faith. In 1856, the town opened to non-Moravians, who were then allowed to own property and live and work in the town. Early industries, including textiles, cement production, and agriculture, attracted immigrants and expanded the town’s diversity from a predominately German origin to include a sizeable Italian and Polish population. During the 20th century, many of these businesses continued, including the world-renowned C.F. Martin Guitar Company, which has been family owned and operated since 1833. By mid-century, at least three large cement companies surrounded the Nazareth borough area and employed hundreds of laborers. Nazareth was also home to the Nazareth Speedway, a one-mile tri-oval paved track of Indy and United States Auto Club (USAC) racing fame, and is home to racing champions Mario Andretti, Michael Andretti, and third-generation driver Marco Andretti.