Please join C.C. Wyatt as he signs his books Ferret and Perseaus in AZ next month.

For C.C., the joy of reading came later in life. When it did, it was as if she’d been placed under a spell with the desire to read. It wasn’t until her imagination started going wild when she realized her desire to read had evolved into something else. At first, she didn’t know what to do with the images; she just wanted them to go away so that she could get some sleep. But it didn’t take long to realize that it was time to pick up a pen.

She resides in Arizona with family and friends. 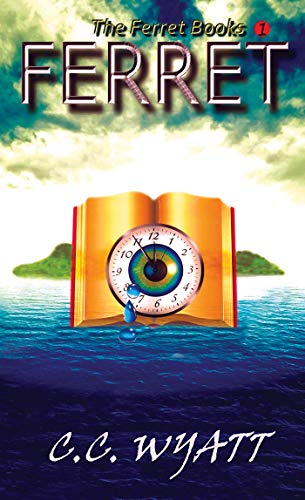 Pia Wade’s life is a book with torn-out pages, she sees things no one else can, and she has weird dreams—particularly of a mysterious island. It all started four years ago when she mysteriously vanished in the night. One problem though, she has no memory of the incident whatsoever, yet claims she was kidnapped.

Now at sixteen, Pia embarks on a trip back to where her nightmare began. Going back is a good thing—or not. She’s confused that’s for sure, as an irresistible force drives her; so much so, she feels possessed. If only all the craziness would—Poof!—disappear. If only her parents would grant a little more breathing room because after all, whatever happened that night, she certainly didn’t kidnap herself.

What Pia doesn’t know is that a new world of Pandora’s box will open up. On the spot she has a strange encounter with Cameron Jacks that leaves her shaken. She is warned to stay away from him. But as her cryptic world gets crazier with Cameron in it—like a ghost walking the street while everyone else is as good as dead and a vicious waterspout dropping out of the clear blue sky stirring up a volleyball game—how could she?

And, the clock is ticking. 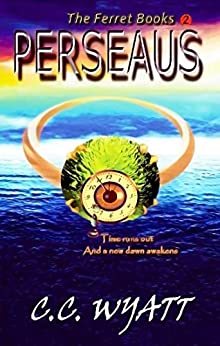 Pia Wade isn’t out of her mind. That’s certain after the huge breakthrough proving the island wasn’t all in her head. Then right before her eyes the island met its demise, disappeared beneath the sea, and hasn’t been seen since. Pia should be relieved. After all, the horrible dreams and visions she was having has passed away too. For once life is normal. Yet she’s in limbo with so many unanswered questions.

What happened the night she went missing? And this Ferret person, who is he?

In Perseaus, Ferret returns with a message: You must remember, because time is running out. About the night she went missing? About this place Massouvia she learns about? Above all, Pia finds herself again on the brink of a wild breakthrough at the tail end of fate, and she fears not her life but Cameron’s…. As the clock winds down, the question is will she remember, and if not, then what.

On a canvas marked with a love-triangle, CC dilates and contracts the spirit of hearts as she delicately paints a picture of an unforeseen world existential to the cycle of life—guaranteed to spark wonder.