Joe Broadmeadow and Brendan Doherty will sign copies of “It’s Just the Way It Was” RI next month.

Joe Broadmeadow retired with the rank of Captain from the East Providence, Rhode Island Police Department after twenty years. Assigned to various divisions within the department including Commander of Investigative Services, he also worked in the Organized Crime Drug Enforcement Task Force and on special assignment to the FBI Drug Task Force.

Joe is the author of seven books; three novels based on his experiences as a police officer, Collision Course, Silenced Justice, and A Change of Hate, a Y/A novel, Saving the Last Dragon, and three non-fiction books; Choices: You Make ‘em You Own ‘em written with Jerry Tillinghast, UnMade: Honor Loyalty Redemption written with Bobby Walason, and It’s Just the Way It Was: Inside the War on the New England Mob and other stories written with Brendan Doherty former superintendent of the Rhode Island State Police.

Joe also writes for two blogs, The Writing of Joe Broadmeadow (http://www.joebroadmeadowblog.com) and The Heretic and the Holy Man (www.thehereticandtheholyman.wordpress.com) and as a guest columnist for the Providence Journal and GoLocalProv.com.

When Joe is not writing, he is hiking or fishing (and thinking about writing). Joe completed a 2,185-mile thru-hike of the Appalachian Trail in September 2014. After completing the trail, Joe published a short story, Spirit of the Trail, available on Amazon.com in Kindle format.

Joe lives in Rhode Island with his wife Susan. 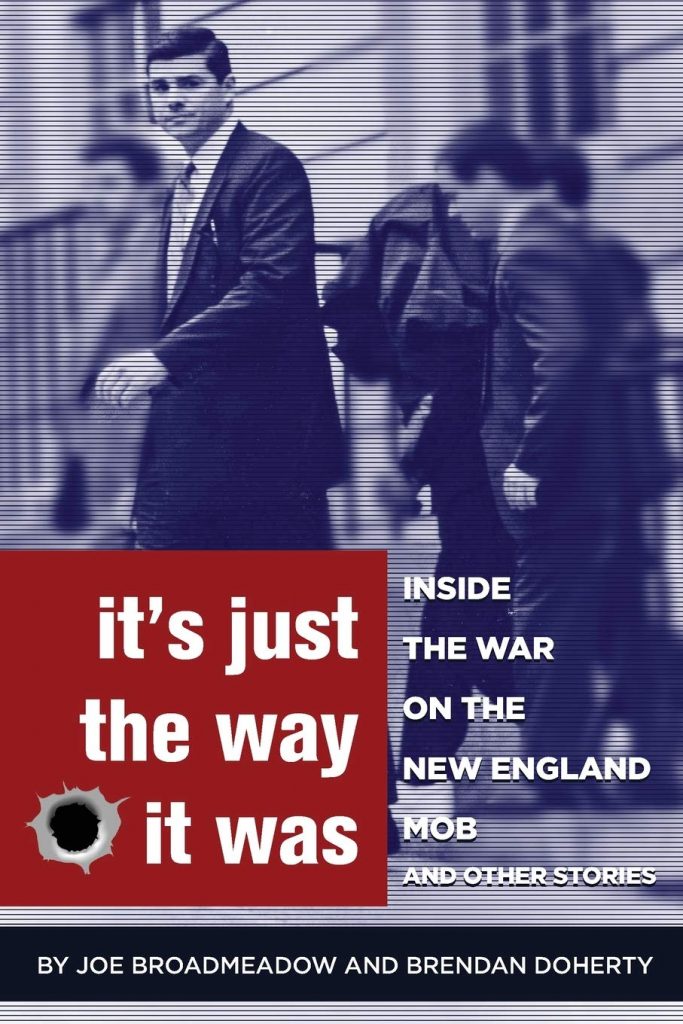 In It’s Just the Way It Was: Inside the War on the New England Mob and other stories, Joe Broadmeadow and Brendan Doherty take you inside the investigations, covert surveillances, and murky world of informants in the war against Organized Crime.

Make no mistake about it, it was a war targeting the insidious nature of the mob and their detrimental effect on Rhode Island and throughout New England.
Indeed, the book reveals the extensive nature of Organized Crime throughout the United States.

From the opening moments detailing a mob enforcer’s near death in a hail of gunfire to the potentially deadly confrontation between then Detective Brendan Doherty and a notorious mob associate, Gerard Ouimette, this book puts you right there in the middle.

Most books on the mob tell a sanitized story of guys who relished their time as mobsters. As Nicholas Pileggi, author of “Wiseguys,” put it, “most mob books are the egomaniacal ravings of an illiterate hood masquerading as a benevolent godfather.”

This is not that kind of book. This is the story of the good guys.

It’s just the way it was.