Martha is a native New Englander who lives in Litchfield County Connecticut. She worked as an advertising copywriter for many years, and raised three wonderful children who are now mostly out of the nest. Her debut novel Lilac Girls, about Connecticut socialite Caroline Ferriday who championed a group of Ravensbruck Concentration Camp survivors known as The Rabbits who survived WWII Nazi experiments, was her first novel and an instant New York Times bestseller. The prequel to Lilac Girls, Lost Roses, was also an instant NYTimes bestseller. It features Caroline’s mother Eliza Ferriday and her fight to save a group of Russian women, former aristocrats who lost everything in the Russian Revolution. The Lost Roses paperback publishes March 3rd, 2020 and the third book in the series, a Civil War novel about Caroline’s great grandmother’s family, arrives spring 2021. You’ll find more info about both books on Martha’s website: www.marthahallkelly.com and on Pinterest. 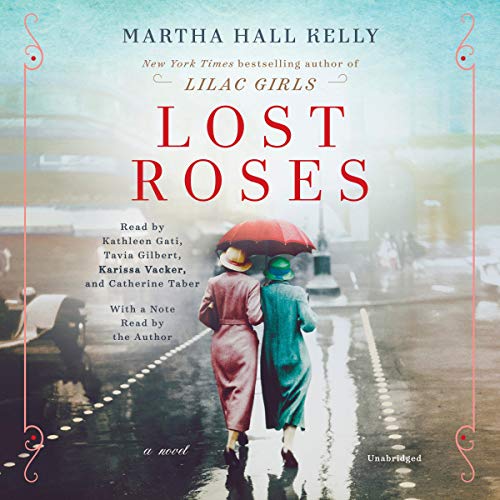 “A nuanced tale that speaks to the strength of women.” (Kirkus Reviews)

It is 1914, and the world has been on the brink of war so often, many New Yorkers treat the subject with only passing interest. Eliza Ferriday is thrilled to be traveling to St. Petersburg with Sofya Streshnayva, a cousin of the Romanovs. The two met years ago one summer in Paris and became close confidantes. Now, Eliza embarks on the trip of a lifetime, home with Sofya to see the splendors of Russia: the church with the interior covered in jeweled mosaics, the Rembrandts at the tsar’s Winter Palace, the famous ballet.

But when Austria declares war on Serbia and Russia’s imperial dynasty begins to fall, Eliza escapes back to America, while Sofya and her family flee to their country estate. In need of domestic help, they hire the local fortune-teller’s daughter, Varinka, unknowingly bringing intense danger into their household.

On the other side of the Atlantic, Eliza is doing her part to help the White Russian families find safety as they escape the revolution. But when Sofya’s letters suddenly stop coming, she fears the worst for her best friend.

From the turbulent streets of St. Petersburg and aristocratic countryside estates to the avenues of Paris where a society of fallen Russian émigrés live to the mansions of Long Island, the lives of Eliza, Sofya, and Varinka will intersect in profound ways. In her newest powerful tale told through female-driven perspectives, Martha Hall Kelly celebrates the unbreakable bonds of women’s friendship, especially during the darkest days of history. 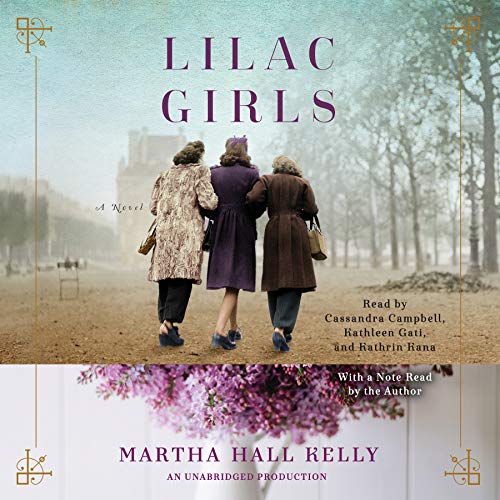 Inspired by the life of a real World War II heroine, this powerful debut novel reveals an incredible story of love, redemption, and terrible secrets that were hidden for decades.

New York socialite Caroline Ferriday has her hands full with her post at the French consulate and a new love on the horizon. But Caroline’s world is forever changed when Hitler’s army invades Poland in September 1939 – and then sets its sights on France.

An ocean away from Caroline, Kasia Kuzmerick, a Polish teenager, senses her carefree youth disappearing as she is drawn deeper into her role as courier for the underground resistance movement. In a tense atmosphere of watchful eyes and suspecting neighbors, one false move can have dire consequences.

For an ambitious young German doctor, Herta Oberheuser, an ad for a government medical position seems like her ticket out of a desolate life. Once hired, though, she finds herself trapped in a male-dominated realm of Nazi secrets and power.

The lives of these three women are set on a collision course when the unthinkable happens, and Kasia is sent to Ravensbrück, the notorious Nazi concentration camp for women. Their stories cross continents – from New York to Paris, Germany, and Poland – as they strive and sacrifice to bring justice to those whom history has forgotten.

In Lilac Girls, Martha Hall Kelly has crafted a remarkable novel of unsung women and their quests for love, happiness, and second chances. It is a story that will keep listeners bonded with the characters, searching for the truth, until the final moments.