Michael Carrigan was born in Midland, Texas, and raised in Roswell, New Mexico. He and his wife of forty-eight years currently live in Windsor, Colorado, where they enjoy spending time with their five grandchildren and pets.

After graduating from New Mexico Military Institute and New Mexico State University with honors in Range Science, Carrigan began a long career in resource management, first with the USDA and then in the private sector, where he worked for major corporations.

Throughout his life, Carrigan has been very fortunate to have experienced other cultures, particularly during his time teaching ESL in Bayankhonger and Ulaanbaatar, Mongolia, and while serving as an agricultural advisor on the Provincial Reconstruction Team in Anbar Province, Iraq.

Ever since his high school and junior college days, Carrigan has enjoyed a lifelong hobby and passion of golf. 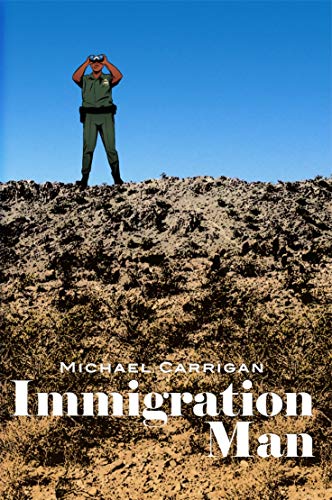 Enforcing immigration laws by prohibiting illegal entry into the U.S., while a dangerous and often-thankless job, is carried out on a daily basis by our nation’s brave Border Patrol agents.

Chief Pat Brennan, as a U.S. Border Patrol agent, was committed to all aspects of his job, including halting the flow of illegal immigrants attempting to make their way into the United States from Mexico.

However, it isn’t until Chief Brennan rescues Teresa, a young, pregnant Mexican woman during a nighttime watch, that he begins to realize that even the most well-trained and well-prepared Border Patrol agents struggle with emotions that may impede their ability to make clear decisions and carry out their job duties.

As a result of the harrowing rescue operation, Chief Brennan finds himself bonding with Teresa and questioning his commitment to the Border Patrol and the lengths he will go to protect her and her unborn child.

Immigration Man explores the inner turmoil often experienced by our nation’s Border Patrol agents and the choice one agent makes when humanity surpasses all.