Elena Schwolsky is signing copies of “Waking in Havana” in CA next month.

Elena Schwolsky, RN, MPH is a nurse, community health educator, activist, and writer who spent a decade as a pediatric nurse at the height of the AIDS epidemic. She has trained AIDS educators in Cuba and Tanzania, and currently teaches community health workers in diverse urban neighborhoods in New York City. Her essays have appeared in The American Journal of Nursing and The Veteran, and her work has been included in the anthologies Storied Dishes: What Our Family Recipes Tell Us About Who We Are and Where We’ve Been and Reflections on Nursing: 80 inspiring stories on the art and science of nursing. A chapter she cowrote appears in the textbook Children, Families and AIDS: Psychosocial and Therapeutic Issues. Schwolsky is the recipient of an award from the Barbara Deming Money for Women Fund and is proud to be recognized as the madrina (godmother) of Proyecto Memorias, the Cuban AIDS Quilt project. 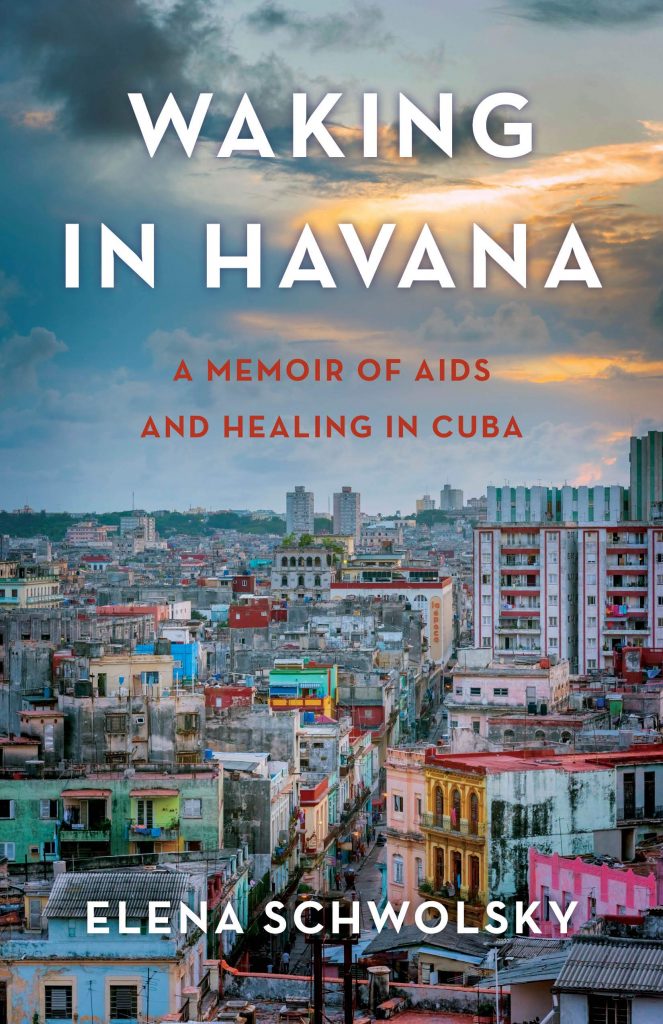 In 1972, when she was a young, divorced, single mother, restless and idealistic, Elena Schwolsky made a decision that changed her life: leaving her eighteen-month-old son with his father, she joined hundreds of other young Americans on a work brigade in Cuba. They spent their days building cinderblock houses for workers and their nights partying and debating politics. The Cuban revolution was young, and so were they. At a moment of transition in Schwolsky’s life, Cuba represented hope and the power to change.

Twenty years later, she is drawn back to this forbidden island, yearning to move out of grief following the death of her husband from AIDS and feeling burned out after spending ten years as a nurse on the frontlines of the epidemic. Back in Cuba, she experiences the chaotic bustle of a Havana most Americans never see?a city frozen in time yet constantly changing. She takes readers along with her through her humorous attempts to communicate in a new language and navigate this very different culture?through the leafy tranquility of the controversial AIDS Sanitorium and into the lives of the resilient, opinionated, and passionate Cubans who become her family and help her to heal.