Antoinette Constable will sign copies of “Natalie in the Shadow of the Swastika” in CA next month.

Author Antoinette Constable, who was a young girl in WWII France, has written a compelling coming-of-age novel for young adult readers, Natalie in the Shadow of the Swastika. Set in 1940 occupied Paris, eight-year-old Natalie and her family—a Jewish mother, gentile father, and two sisters—cope with the harsh facts of war and Hitler’s occupying army. When her ailing father suddenly disappears, Natalie’s safe surroundings are forever changed. Her struggles with the painful family separation and the dangerous threats against her Jewish mother reveal a growing maturity in the face of confusing loss. Natalie’s fierce resolve to hold onto hope and her love of family leads her from innocence to understanding and resilience, despite the violence of war.

Born and raised in France, Antoinette Constable was a career nurse holding British and American degrees, and is also retired from her own catering business. She has lived in the United States for many years, where she raised her four children as a single mother. Her work has won the PEN First Prize for Poetry, as well as the Ann Stanford Award from the University of Southern California, and has appeared in Alaska Quarterly Review, Barnabe Mountain Review, Bay Area Poets Coalition, California Quarterly (CQ), Denver Metropolitan State Magazine, The Healing Muse, Louisville Review, and POEM. Her chapbook of war-related poems, The Lasting War, was published in December 2014. 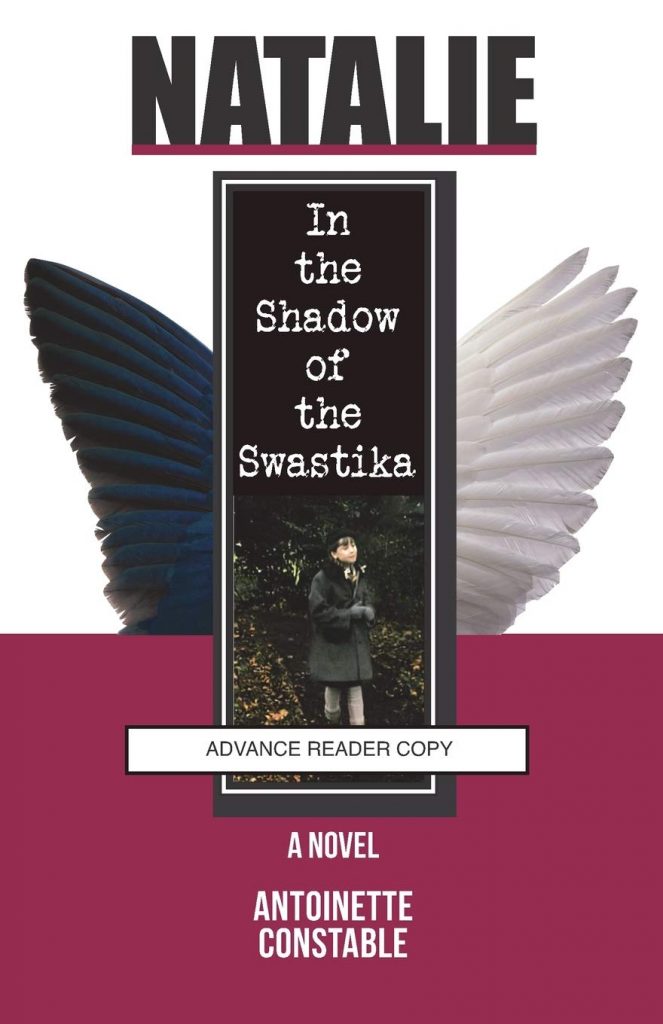 A new young adult novel written by Antoinette Constable, who was a young girl in WWII France, tells a vivid story of the courage and resilience. A book for young adult readers, Natalie in the Shadow of the Swastika portrays a child’s growing up in the life-threatening time of the Second World War. Set near Paris, eight-year-old Natalie and her family–a Jewish mother, gentile fathe and two sisters–must cope with the harsh facts of war and Hitler’s occupying army.In 1940, Natalie’s safe surroundings are forever changed when her father suddenly leaves. Her desire to be sheltered from the painful separation and the dangerous threats against her Jewish mother, reveals her inner struggle for love and understanding in the face of constant loss. Natalie’s fierce resolve to hold onto her hope and love of family, despite the violence of war, shows how one child of war moves from innocence to a wisdom beyond their years.