Jason Stadtlander is signing copies of “Ruins of the Mind” in MA next month.

The author is a native of Ohio who currently lives in northern Massachusetts with his family. He has been writing since he was in sixth grade when he wrote “Loss of Innocence,” a short story about a teddy bear that is alive but slowly deteriorates as his owner and lifelong companion grows up and loses his imagination. It was at this point in his life that Jason knew he wanted to write. He enjoyed the magic of being able to create a unique world full of new realities in his mind—one that nobody had ever seen before. Since then, Jason has written over 150 short stories and is currently working on two novels. Jason has been working in information technology since 1995 and offers lectures to parents on computer and internet safety. A working author, he enjoys connecting with his readers through book signings, speaking engagements and various media venues. FIND OUT MORE ABOUT JASON AT: http://www.jasonpstadtlander.com http://www.facebook.com/jpstadtlander 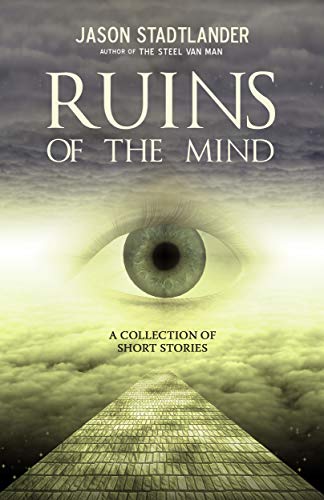 In Ruins of the Mind, Jason Statlander examines friendship, love, family, tragedy, and American culture throughout this collection of contemporary short fiction. His poignant words touch on—and make us question—what it means to be human, the ups and downs that connect and affect us all, and how family is the rock that will get us through.

Feathers in the Wind: Jake boards an airplane for a fateful flight while traveling home to make his daughter’s birthday.

The Ter’roc: Fourteen-year-old Heidi seeks adventure and makes the discovery of a lifetime when she follows her curiosity through a storm drain.

Surviving the Messengers: Ashley and her father Chris are dealing with the loss of her mother and need to find the strength to battle a fantastical foe.

In the Shadows of a Moment: Five-year-old Frankie sets off for a birthday party on a rainy day with his father Howard, and the ensuing day leads to a shocking discovery.

Downward Spiral: In this moving commentary on the American economy, Dominic loses his job and his family, sending his life into a tailspin.

Springtime Roses: Rose goes to a routine doctor’s appointment and receives shocking news that changes her and her family’s life.

Other stories in this collection: The Lantern, The Glass Pyramid, Chance—“Don’t Lose Your Head,” The Sheadroch, The Talasum, and The Journals.