Randall Slavin discusses and signs copies of “We All Want Something Beautiful” in CA next month.

Randall Slavin was born in Hollywood, California, and made his photography debut in the prestigious New York Times Magazine. His work has appeared in Vanity Fair, GQ, Esquire, and Rolling Stone, among many others. Slavin had his first exhibit in Paris in 2008, a solo show at The Annenberg Space for Photography in 2011, and received the 2011 Hollywood Style Award for Photographer of the Year. He currently splits his time between Los Angeles and New York City. 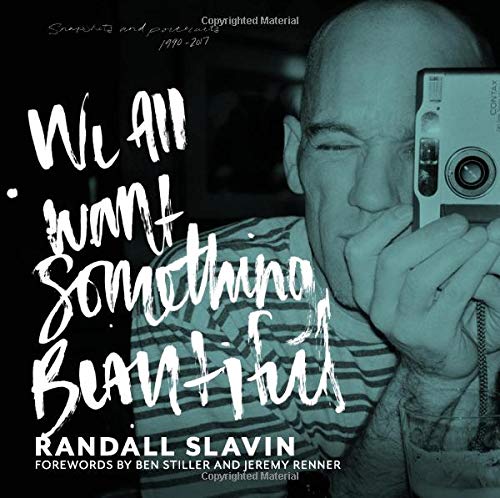 From award-winning Hollywood photographer Randall Slavin comes We All Want Something Beautiful, a brilliant, raw, and everlasting collection of celebrity photography.

Picking up a camera didn’t start out as an artistic pursuit for Randall Slavin. While working a dead end job in a gas station, he wandered into a local photography studio and struck up a friendship with the owner. The owner took the young Slavin under his wing and taught him a few photography basics, then promptly fired him a few months later. With nowhere else to turn, Slavin put one foot in front of the other and never looked back. In the years since and through his lens, he’s documented his journey. From the vinyl seats of Hollywood nightclubs in 1999 to glossy cover shoots in New York in 2019, Slavin has captured snapshots of it all, encapsulated in his debut photography collection, We All Want Something Beautiful. Featuring stunning portraits and spirited candids of the most recognizable people in Hollywood, Slavin offers us a peek behind the curtain in this ultimately revelatory collection that will last a lifetime.