Fan favorite Shelly Brown is signing copies of her books “Squint,” “Mustaches for Maddie,” and “Ghostsitter!” in NE next month.

Author of Children’s mystery adventure Ghostsitter Unlike Tiffany and Justin in this story, Shelly Brown hasn’t seen any ghosts. But she has seen lots of movies, traveled to different countries, read hundreds of books, acted in oodles of plays, and made thousands of friends. She has worked as a comedian, a tour guide, and a shake-maker, but is currently a substitute teacher for some of the coolest kids ever. In her spare time she helps her husband, author Chad Morris, write awesome children’s books. Shelly also loves a little spooky in her life. When she was twelve-years-old, she kept her Friday nights open to watch the newest X-Files episode. Every Friday. With the lights off to make it extra creepy. Now she’s married and has five kids and three chickens. And occasionally, she jumps out and scares them. Well, not the chickens. 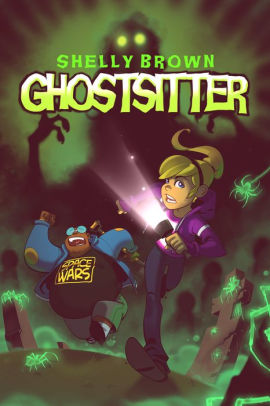 Tiffany Hart dreams of one thing: to be class president.

However, dreams turn to nightmares when she ends up almost dead in an abandoned building and develops the oh-so-awful gift of ghost-seeing. Unfortunately, Tiffany only knows one person who can help her shake her ghoulish problem, her neighbor and the weirdest boy at school, Justin Henderson.

Justin has seen ghosts since he was nine, a creepy claim that has earned him the privilege of eating lunch by himself for years. Together they start to unravel a mystery with dead orphans, a white witch, and phantom spiders. To save their lives (and the afterlives of innocent children), they must face a terrifying specter as well as a ghastly woman who isn’t afraid of hurting kids, dead or alive. Can Tiffany win the school election and solve her ghost problems?

“Ghostsitter is one of those rare books that succeeds at being both hilarious and freaky! Like a phantom spider, it snuck up on me and left me genuinely creeped out.”—Frank L. Cole, author of The Afterlife Academy

“I’ve never read a ghost story I’ve loved more than Ghostsitter . . . [It] is the kind of book that will make kids want to read with a flashlight under the covers long after they should be sleeping.”—Peggy Eddleman, author of the Sky Jumpersseries 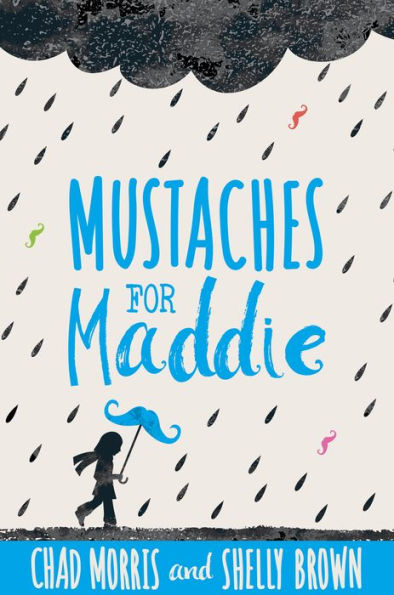 Based on a true story.

Twelve-year-old Maddie has a quirky sense of humor and loves making her classmates laugh by slapping on fake mustaches every chance she gets. Being funny gets her noticed by class queen Cassie, and things are looking up when Maddie is cast as Juliet in the school play. Maybe Juliet could wear a mustache?

When Maddie starts tripping when she walks and her hand starts curling up at her side, her mom takes her to the doctor, who confirms Maddie has a brain tumor. In an instant, her world is turned upside down.

Maddie doesn’t want anyone else to know. Especially Cassie, whose jealousy has turned to bullying. What about Maddie’s chance to play Juliet opposite the cutest boy in the sixth grade? What if the doctors can’t get the ugly tumor monster out of her brain?
As Maddie’s surgery approaches, she wonders if her illness is giving  her super powers because her imagination is bigger than ever, her courage is stronger than ever, and her compassion is about to be felt by more people than she ever imagined. 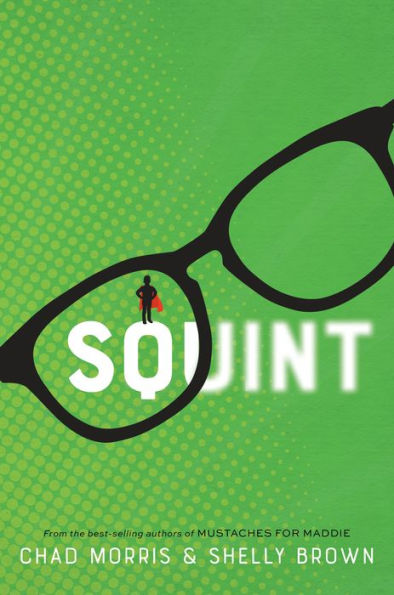 The hero of my comic books can shoot lasers from his eyes when he squints. But it might not be enough to save the Empress. What he’ll need most of all is a friend named Diamond Girl.

Flint loves to draw. In fact, he’s furiously trying to finish his comic book so he can be the youngest winner of the “Find a Comic Star” contest. He’s also rushing to finish because he has an eye disease that could eventually make him blind.

At school, Flint meets McKell. She’s new girl  and doesn’t seem to have trouble making friends. She does have a problem with how some of her new friends treat this boy they call “Squint.” He seems nice and really talented. He also seems like the kind of person who wouldn’t laugh at you. That’s important, because McKell has hidden talents of her own but is worried about what will happen if she shares them.

Squint is the inspiring story of two new friends dealing with their own challenges, who learn to trust each other, believe in themselves, and begin to truly see what matters most.