Brian Kilmeade is the coauthor of George Washington’s Secret Six, Thomas Jefferson and the Tripoli Pirates, and Andrew Jackson and the Miracle of New Orleans, all New York Times bestsellers. Kilmeade cohosts Fox News Channel’s morning show Fox & Friends and hosts the daily national radio show The Brian Kilmeade Show. He lives on Long Island. This is his sixth book. 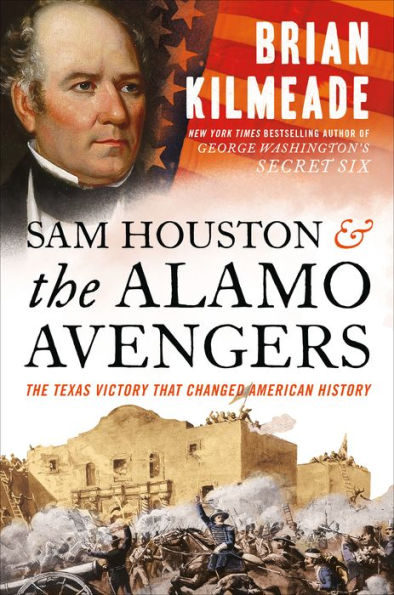 The heart-stopping story of the fight for Texas by The New York Times bestselling author of George Washington’s Secret Six and Thomas Jefferson and the Tripoli Pirates.

In March 1836, the Mexican army led by General Santa Anna massacred about 200-250 Texans who had been trapped in a tiny adobe church in San Antonio for thirteen days. American legends Jim Bowie and Davey Crockett died there, along with other Americans who had moved to Texas looking for a fresh start.

The devastating loss galvanized the surviving Texans. Under General Sam Houston, a maverick with a rocky past, the tiny army of settlers rallied. Just one month after the massacre, the underdog Texans soundly defeated the “Napoleon of the West” (as Santa Anna styled himself) at the Battle of San Jacinto. They secured the independence of the land their friends had died for.

In his now trademark fashion, Brian Kilmeade explores hidden aspects of Sam Houston, the first president of Texas, and brings the reader to the scenes of one of the most pivotal moments in American history. Thanks to Kilmeade’s storytelling, a new generation of readers will remember the Alamo.