Stephanie Claytor will sign copies of “Blacktrekking: My Journey Living in Latin America” in OH next month.

Stephanie Claytor is the author of Blacktrekking: My Journey Living in Latin America! 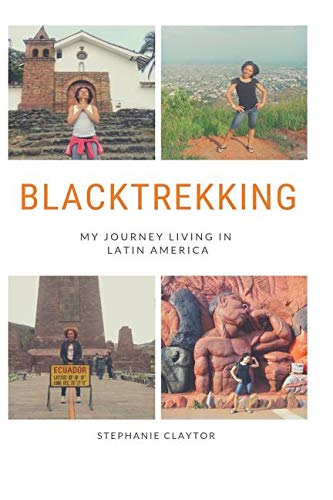 BLACKTREKKING: My Journey Living in Latin America is a riveting, coming-of-age story profiling author Stephanie Claytor’s decision to move to a completely foreign country by herself, not just once but twice. From the time Stephanie was a baby, she spent many summers on family vacations exploring the United States with her family. As Stephanie became an adult, she made the decision to live abroad and learn Spanish. From love and heartbreak to violence, culture shock and exploration of racial identity, Stephanie details her time blossoming into an adult while living in both the Dominican Republic and Colombia.

This moving travel memoir weaves in tips for how to stay safe while living abroad, as well as how to have a good time and maximize the experience. A naturally inquisitive storyteller and an award-winning multimedia reporter by trade, who has worked at numerous television stations across the United States, Stephanie put her journalism skills to work and shares never heard before interviews from displaced Colombians and from members of maroon communities. She intertwines the stories of others who have fought for years to be recognized. Many of her personal adventures will have you laughing and reflecting, while simultaneously inspiring you to walk away with a greater understanding of Dominican and Colombian culture.