Sammy Sadler will sign copies of “A Hit with a Bullet” in TX and AR next month.

In 1989, country newcomer, Sammy Sadler, had already charted several critically-acclaimed singles and was ready to release his first album on Evergreen Records when he was shot during the assassination of then Cash Box chart-manager, Kevin Hughes?an incident known around the world as the ?Murder on Music Row.? The police had no suspects, and even though Sammy suffered a nearly fatal bullet wound, the officers kept him under suspicion during the 13-year investigation. Evidence would eventually reveal a ?payola? scandal that would bring down the magazine and rock the music industry. Vindicated, in 2004, Sadler rebooted his career, releasing Hard On A Heart (Tri label), yielding a top-10 single on the Texas charts and topping the charts in Europe for multiple weeks. In 2009, Heart Shaped Like Texas (Audium) produced rave reviews for the two lead singles, ?I?ll Always Have Denver,? featuring Steve Wariner and ?No Place to Land,? but the label was in transition, selling to Koch and then to E1, which ultimately shuttered leaving Sadler?s promising album shelved. Still determined to pursue his dream, in 2012, Sammy launched the hugely successful ?Taking the Country Back Tour? package with Doug Stone, and later Jeff Carson & Ken Mellons (2015-2016), yielding over 200 dates and giving rise to a book deal with Indigo River Publishing. A follow-up retrospective EP, 1989, to be released shortly thereafter. 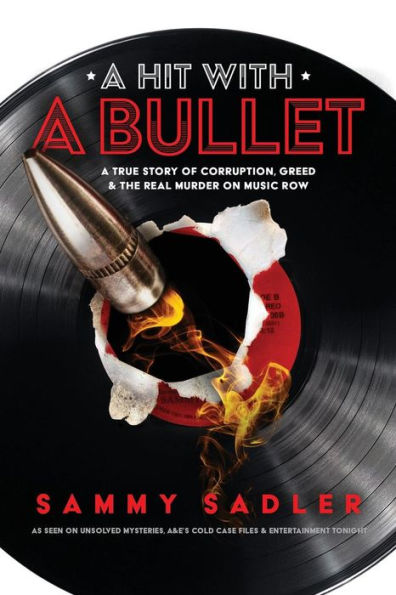 A shot rings out along Music Row in Nashville. Sammy Sadler, a rising country star at 21 years-old, feels hot blood flow out of the bullet wound in his shoulder. Adrenaline pulsed through him as a pleasant evening with friend and colleague, Kevin Hughes, took a deadly turn. Another shot cries out as a masked figure emerges from the shadows. Sadler is disoriented. The driver of their car makes a mad dash up the road as more bullets pierce the air.

The gunman turns his attention to one man.

Kevin Hughes, Chart Director for Cash Box magazine, was shot dead on March 9th, 1989 in the middle of 16th Avenue. The murderer disappears in the shadows, seemingly getting away with the crime.

Known as the Murder on Music Row played out like a movie scene, but it was a living nightmare for Sadler.

The rumor mill churned ruthlessly about his “possible involvement” in the unsolved crime. His career and his marriage crumbled. He struggled to recover from lasting P.T.S.D. and an injury compromising the use of his hand.

The mystery of that fatal night did not fade. It gained attention on national outlets such as “Unsolved Mysteries,” “America’s Most Wanted,” “Nancy Grace,” and more. It wasn’t until 2003 that former Chart Director for Cash Box magazine, Richard D’Antionio was convicted of the murder.

The closure of the conviction seems to have marked a new chapter for Sammy Sadler. The following year, he released his first album since the murder on music row, HARD ON A HEART. Building on this momentum, Sadler has gone on multiple tours, recorded several new albums, and is taking back all that was robbed of him that one night in 1989.

Today, he has one message…his story is far from over.