Tess Banion will sign copies of “A Parting Glass: A Novel” in KS next month.

Tess became a storyteller at the age of two. It took her many more years to test her writing skills for real. She grew up in a Catholic family with three brothers and a sister whose love was always unconditional. Her first novel is truth, partial truth and flat-out lies based on her early years. She has raised two children and helped sustain a marriage of 37 years. She’s gone to school (got a couple of Masters), worked in politics, changed careers and found her calling. A Parting Glass is her first novel. She lives in Lawrence Kansas. You can reach the author at: www.tessbanion.com. 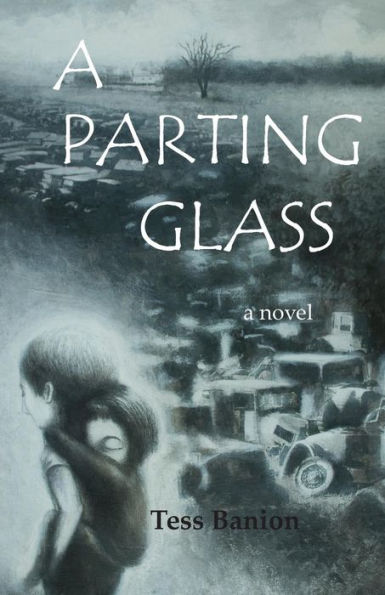 “One of those rare novels that will linger in the mind and memory of the reader long after the book itself has been finished and set back upon the shelf.”

Meet Elizabeth. She’s unruly—the kind of child you’d find playing in a train yard, or climbing trees. She has a secret, a hidden place where she stashes found objects and hides from scary monsters.

An eleven-year-old with uneven bangs and a grand imagination, Elizabeth sees the world as she needs it to be and makes the real unreal—a proper skill to have when born into a family cursed with hard realities. She hopes to reach the age of twelve and leave Catholic school and her nemesis Sister Mary Paul behind. But before that can happen, she needs to make a change in her world.

A Parting Glass is an exciting and suspenseful journey filled with heartwarming moments. A story of transformation and coming of age in the spirit of The Book Thief by Markus Zusak and the The Glass Castle by Jeannette Walls.

With the aid of her brothers and sister, Elizabeth O’Sullivan fights monsters, real and imagined, in a small Kansas town in the 1950’s. Her world revolves around her family—a sweet mother, and a brutal father who is shaped and defined by childhood diabetes. Elizabeth sees Sister Mary Paul and her father as two distinct monsters who are tethered together with a long rope that extends for miles. If one appeared she knew for sure the other was just around the corner, lurking. The only place to hide is in her make believe world where she finds a unique way to deal with monsters, and a path to freedom.

An adventure with a surprising twist, A Parting Glass is a tale of resilience and hope.

In homes where violence is a daily occurrence, or at the very least an expectation, children can develop symptoms of Post Traumatic Stress Disorder, PTSD. A disorder that can result in symptoms of detachment from reality. When Elizabeth flashes back to a moment of violence, it is not her but someone very much like her that she is watching; there is a separation between her body, and her essence, a depersonalization. She pulls at her eye lashes, rocks, and remembers.

Tess Banion became a storyteller at the age of two. It took her many more years to test her writing skills for real. She grew up in a nice size Catholic family with three brothers and a sister. Her first novel is based on truths, half-truths, and flat-out lies.

She has raised two children and helped sustain a marriage of 37 years. She’s gone to school (got a couple of Masters), worked in politics, changed careers and found her calling. This is her first novel but not her last. She lives in Lawrence, Kansas. Contact the author at: