Linda Holmes will be signing copies of “Evvie Drake Starts Over” along with Maris Kreizman in NY this month.

Linda Holmes is a pop culture correspondent for National Public Radio and the host of the podcast Pop Culture Happy Hour, which has held sold-out live shows in New York, Los Angeles, Washington, and elsewhere. She appears regularly on NPR’s radio shows, including Morning Edition, All Things Considered, and Weekend Edition. Before NPR, she wrote for New York magazine online and for TV Guide, as well as for the influential website Television Without Pity. In her free time, she watches far too many romantic comedies, bakes bread, watches her nephews get taller, and recently knitted her first hat. 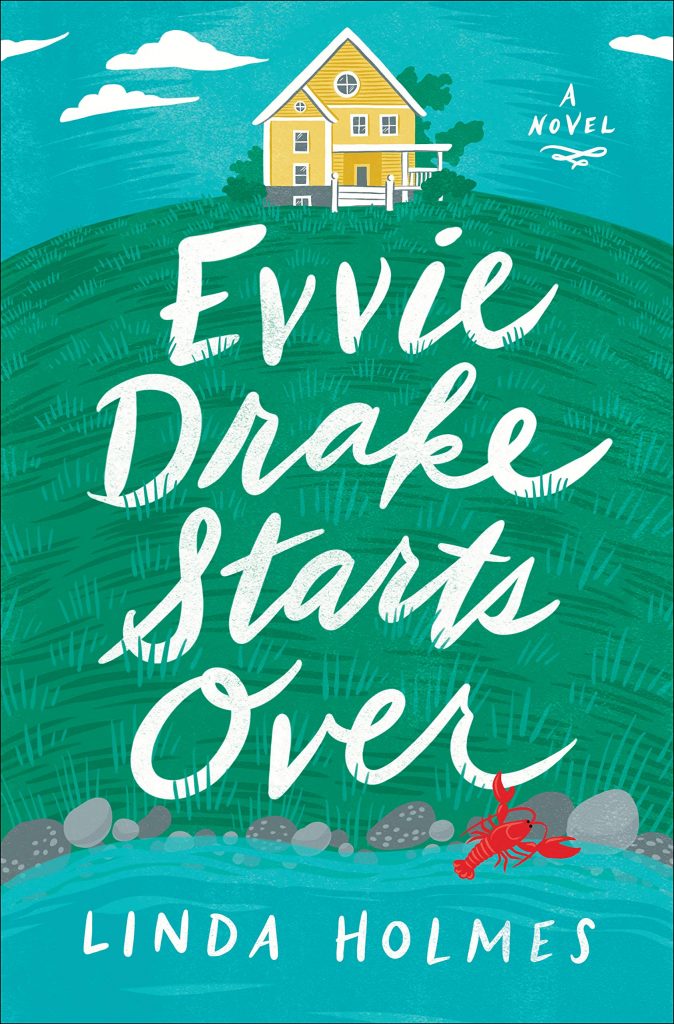 From the host of NPR’s Pop Culture Happy Hour podcast comes a heartfelt debut about the unlikely relationship between a young woman who’s lost her husband and a major league pitcher who’s lost his game.

“A quirky, sweet, and splendid story of a woman coming into her own.”—Taylor Jenkins Reid, New York Times bestselling author of Daisy Jones & The Six

In a sleepy seaside town in Maine, recently widowed Eveleth “Evvie” Drake rarely leaves her large, painfully empty house nearly a year after her husband’s death in a car crash. Everyone in town, even her best friend, Andy, thinks grief keeps her locked inside, and Evvie doesn’t correct them.

Meanwhile, in New York City, Dean Tenney, former Major League pitcher and Andy’s childhood best friend, is wrestling with what miserable athletes living out their worst nightmares call the “yips”: he can’t throw straight anymore, and, even worse, he can’t figure out why. As the media storm heats up, an invitation from Andy to stay in Maine seems like the perfect chance to hit the reset button on Dean’s future.

When he moves into an apartment at the back of Evvie’s house, the two make a deal: Dean won’t ask about Evvie’s late husband, and Evvie won’t ask about Dean’s baseball career. Rules, though, have a funny way of being broken—and what starts as an unexpected friendship soon turns into something more. To move forward, Evvie and Dean will have to reckon with their pasts—the friendships they’ve damaged, the secrets they’ve kept—but in life, as in baseball, there’s always a chance—up until the last out.

A joyful, hilarious, and hope-filled debut, Evvie Drake Starts Over will have you cheering for the two most unlikely comebacks of the year—and will leave you wanting more from Linda Holmes.

“Holmes writes with an easy warmth about kind people who are trying their best but messing things up anyway. . . . A warm and lovely romance, perfect for readers of Rainbow Rowell and Louise Miller.”—Kirkus Reviews (starred review)