Jim Acosta, CNN correspondent, will be signing copies of “The Enemy of the People” in Washington DC during June.

Acosta began his professional career in radio, and his first job was with WMAL in Washington, D.C.. In 1994, Acosta left WMAL and entered television, working for WTTG-TV as a desk assistant. In 1995, Acosta moved in front of the camera, becoming a reporter and substitute anchor at WBIR-TV in Knoxville, Tennessee, and remained in that job until 1998. 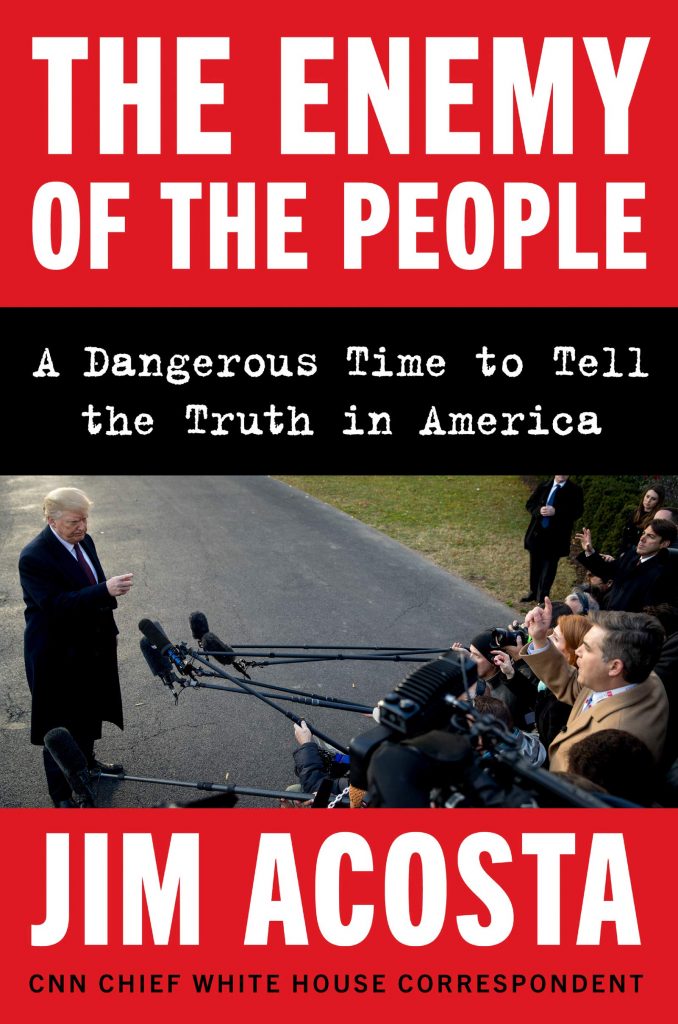 From CNN’s veteran Chief White House Correspondent Jim Acosta, an explosive, first-hand account of the dangers he faces reporting on the current White House while fighting on the front lines in President Trump’s war on truth.

In Mr. Trump’s campaign against what he calls “Fake News,” CNN Chief White House Correspondent, Jim Acosta, is public enemy number one. From the moment Mr. Trump announced his candidacy in 2015, he has attacked the media, calling journalists “the enemy of the people.”

Acosta presents a damning examination of bureaucratic dysfunction, deception, and the unprecedented threat the rhetoric Mr. Trump is directing has on our democracy. When the leader of the free world incites hate and violence, Acosta doesn’t back down, and he urges his fellow citizens to do the same.

At Mr. Trump’s most hated network, CNN, Acosta offers a never-before-reported account of what it’s like to be the President’s most hated correspondent. Acosta goes head-to-head with the White House, even after Trump supporters have threatened his life with words as well as physical violence.

From the hazy denials and accusations meant to discredit the Mueller investigation, to the president’s scurrilous tweets, Jim Acosta is in the eye of the storm while reporting live to millions of people across the world. After spending hundreds of hours with the revolving door of White House personnel, Acosta paints portraits of the personalities of Sarah Huckabee Sanders, Stephen Miller, Steve Bannon, Sean Spicer, Hope Hicks, Jared Kushner and more. Acosta is tenacious and unyielding in his public battle to preserve the First Amendment and #RealNews.