Chris Algieri, world champion boxer, will be signing copies of “Fighter’s Kitchen” in NY this month.

Algieri established himself as the ‘Pride of Huntington’, fighting in Long Island, NY just miles from his hometown of Greenlawn at The Paramount Theater in Huntington, NY, selling out the Theater eight consecutive times. He then went on to headline HBO’s Boxing After Dark, where he staged Ring Magazine’s Upset of 2014, defeatingDefending Champion Ruslan Provodnikov at the Barclay’s Center. This lead to the biggest fight of his life…

In only his 21st Professional Boxing match; Chris moved up in weight to fight the future Hall of Famer, Manny Pacquioa, in Macao China on HBO Pay Per View. Chris dropped the decision to the Philippino Great, but earned much respect in defeat. The world tour that preceded the build up to fight night saw 7 countries and exposed Chris to countless fans from all over the world.

Chris currently holds the NABO Super Lightweight International Championship and is currently working towards another world title run to accomplish his goal of being a multiple time World Champion in multiple sports (boxing and kickboxing). 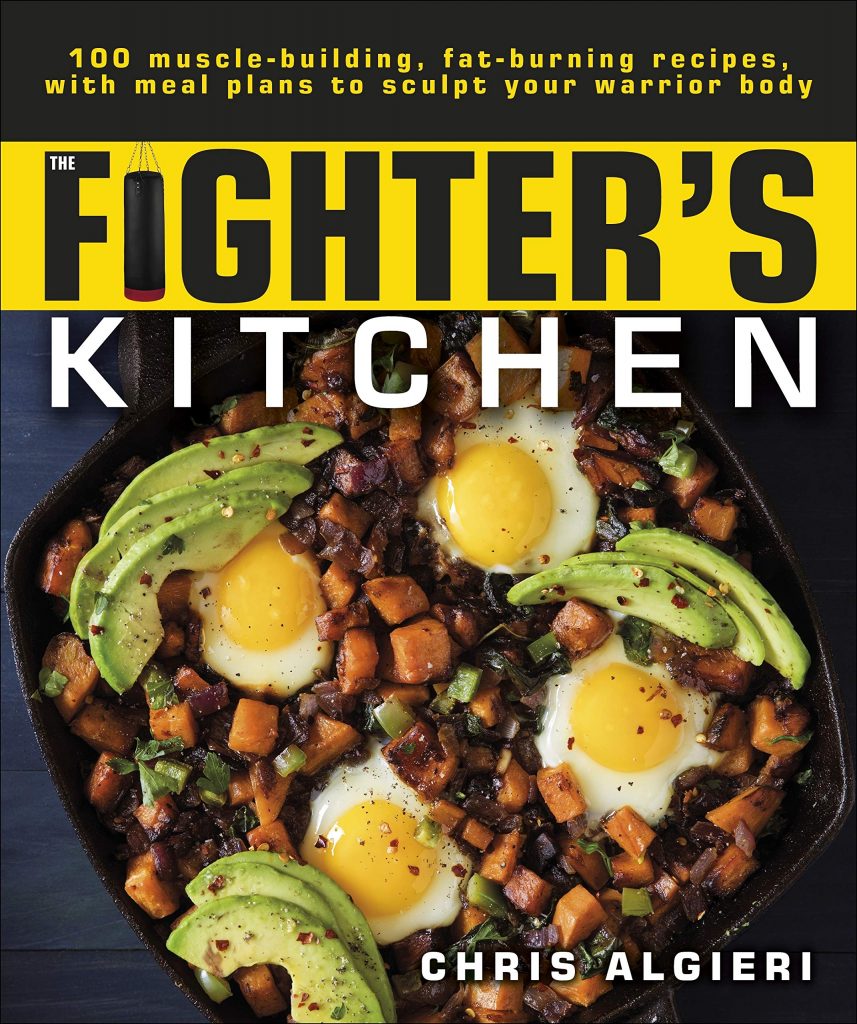 Ever wonder how professional MMA fighters in the UFC prepare their bodies for fights? The real training often starts in the kitchen, where the right meals at the right times can give fighters everything they need to be ready for their next match.

Fighters fuel their bodies with precise nutrients delivered at specific times to achieve their functional physiques–and now you can too. The Fighter’s Kitchen provides expert guidance on what and when to eat, and it helps you understand how our bodies use what we eat to burn fat and build lean, strong muscle. Through phased weekly meal plans, expert insight on how and when to take full advantage of your body’s muscle-building capabilities, and 100 delicious recipes, you’ll find yourself looking ring ready even if you have no plans to step into one.