Cal Ripken Jr., baseball Hall of Famer, will be sigining copies of “Just Show Up” in NJ and MD this month.

Cal Ripken was a 19-time All-Star over his 21-year career.  He won the World Series with his hometown Orioles in 1983.  He is perhaps best known for playing 2,632 straight games, breaking Lou Gehrig’s Iron Man streak of 2,131.  Since retiring in 2003, Ripken has devoted his life to youth baseball.  Ripken Baseball operates destination youth baseball facilities in Aberdeen, MD, Pigeon Forge, TN, and Myrtle Beach, SC.  He is a bestselling author and speaker, visting multiple cities every year, as well as a leading baseball analyst on TV. 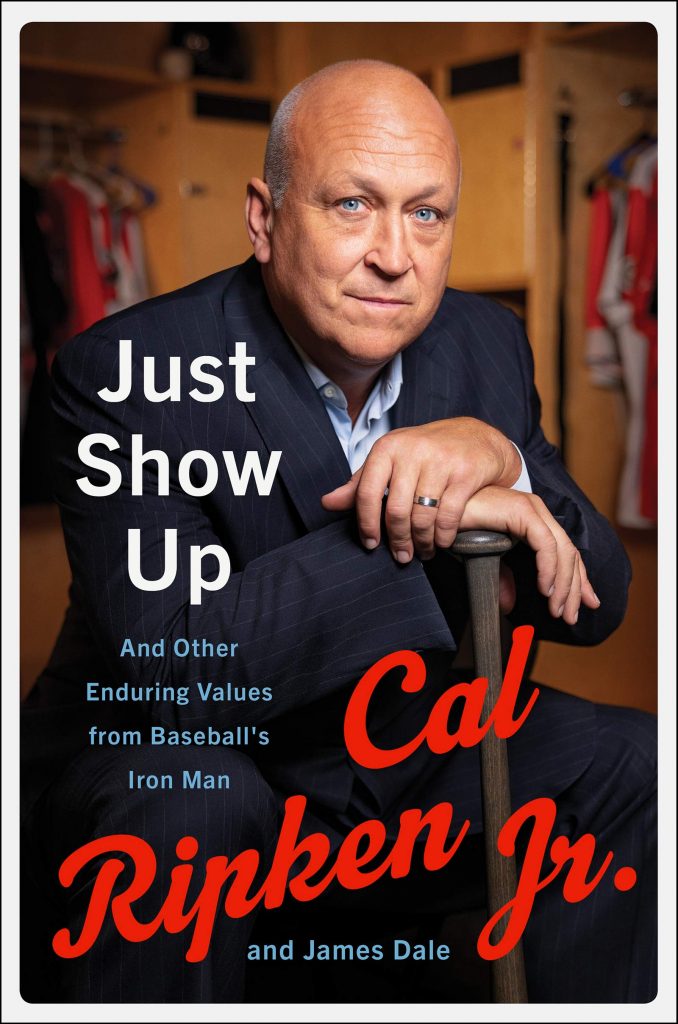 Iron Man Cal Ripken Jr.—the 19-time All-Star, World-Series winning legend, American League MVP, and record holder who played 2,632 consecutive games—outlines eight rules for the game of baseball and life, drawn from the lessons he has learned on and off the field.

Cal Ripken Jr. is a baseball legend. But legends aren’t born, they’re made. For twenty-one seasons, Ripken took the field day in and day out, through cold, heat, rain, and sometimes snow, playing in more than 3,000 games for the Baltimore Orioles. In 1983, the revered shortstop helped lead his team to victory in the World Series. On September 6, 1995, Ripken did the seemingly impossible, he surpassed Lou Gehrig’s unbreakable fifty-six-year-old Iron Man record, setting a new mark of 2,131 consecutive games—then played another 501 consecutive games. Throughout his career, Ripken was admired for his consistency, hard work, and loyalty. There were successes and failures, but above all was an old-fashioned sense of doing what’s right, every single day.

Since retiring in 2001, Ripken has enjoyed a successful career as a baseball analyst, entrepreneur, and author. Now, in Just Show Up, he reflects on his life and career to offer lessons for the next generation and those to come. Ripken speaks eloquently about the timeless values he has lived by: Life is a streak,play the long game; Success and money are not the same; Play fair,win fair. And he shares stories of his legendary father, Baltimore Oriole coach and manager Cal Ripken Sr., what it took to keep the streak alive, and what it meant to bring the World Series to Baltimore.

Cal Ripken’s message is simple yet poignant; wisdom essential to anyone trying to forge a successful life in times that are often chaotic. Blending insights from sports, business, and a life well-lived, Just Show Up is the story of an American legend and the principles he has lived by—standards our time needs.