Rich Nye, former Chicago Cubs star, along with author Ron Rapoport, will be signing copies of “Let’s Play Two” in IL next month.

Ron Rapoport was a sports columnist for the Chicago Sun-Times for more than twenty years and also wrote for the Los Angeles Times, Los Angeles Daily News, and the Associated Press. He served as the sports commentator for NPR’s Weekend Edition for two decades and has written a number of books about sports and entertainment. He lives in Santa Monica, CA.

Richard Raymond Nye (born August 4, 1944) is an American former professional baseball player who was a left-handed pitcher in the Major Leagues from 1966–1970.

Nye was drafted by the Cubs in 1966 while still at the University of California, Berkeley. Nye went to their Class A team in Caldwell, Idaho for a brief “spring training” and 3 weeks of action before being called up to the California Class A league to finish that minor league season; Chicago brought him to the majors in 1966 at the end of the season. Nye received a degree in civil engineering from the University of California at Berkeley in the same year he was drafted. He played for the St. Louis Cardinals, Montreal Expos, and Chicago Cubs. 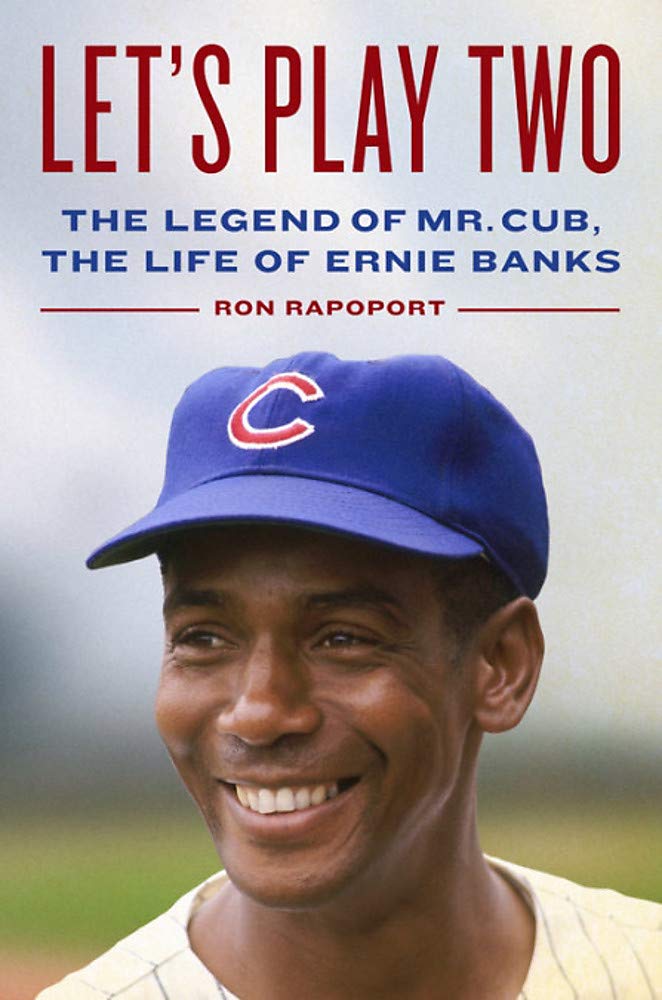 The definitive and revealing biography of Chicago Cubs legend Ernie Banks, one of America’s most iconic, beloved, and misunderstood baseball players, by acclaimed journalist Ron Rapoport.

Ernie Banks, the first-ballot Hall of Famer and All-Century Team shortstop, played in fourteen All-Star Games, won two MVPs, and twice led the Major Leagues in home runs and runs batted in. He outslugged Willie Mays, Hank Aaron, and Mickey Mantle when they were in their prime, but while they made repeated World Series appearances in the 1950s and 60s, Banks spent his entire career with the woebegone Chicago Cubs, who didn’t win a pennant in his adult lifetime.

Today, Banks is remembered best for his signature phrase, “Let’s play two,” which has entered the American lexicon and exemplifies the enthusiasm that endeared him to fans everywhere. But Banks’s public display of good cheer was a mask that hid a deeply conflicted, melancholy, and often quite lonely man. Despite the poverty and racism he endured as a young man, he was among the star players of baseball’s early days of integration who were reluctant to speak out about Civil Rights. Being known as one of the greatest players never to reach the World Series also took its toll. At one point, Banks even saw a psychiatrist to see if that would help. It didn’t. Yet Banks smiled through it all, enduring the scorn of Cubs manager Leo Durocher as an aging superstar and never uttering a single complaint.

Let’s Play Two is based on numerous conversations with Banks and on interviews with more than a hundred of his family members, teammates, friends, and associates as well as oral histories, court records, and thousands of other documents and sources. Together, they explain how Banks was so different from the caricature he created for the public. The book tells of Banks’s early life in segregated Dallas, his years in the Negro Leagues, and his difficult life after retirement; and features compelling portraits of Buck O’Neil, Philip K. Wrigley, the Bleacher Bums, the doomed pennant race of 1969, and much more from a long-lost baseball era.