David Putnam will be signing copies of “The Reckless” in CA this month.

Best-selling author David Putnam comes from a family of law enforcement and always wanted to be a cop. During his career, he did it all: worked in narcotics, served on FBI-sponsored violent crimes teams, and was cross-sworn as a US Marshall, pursuing murder suspects and bank robbers in Arizona, Nevada, and California. Putnam did two tours on the San Bernardino County Sheriff’s SWAT team. He also has experience in criminal intelligence and internal affairs and has supervised corrections, patrol, and a detective bureau. In Hawaii, Putnam was a member of the real-life Hawaii Five O, serving as Special Agent for the Attorney General investigating smuggling and white-collar crimes. The Reckless is the sixth in the Bruno Johnson series and the second of the “young” Bruno prequels. Putnam lives in Los Angeles with his wife, Mary. 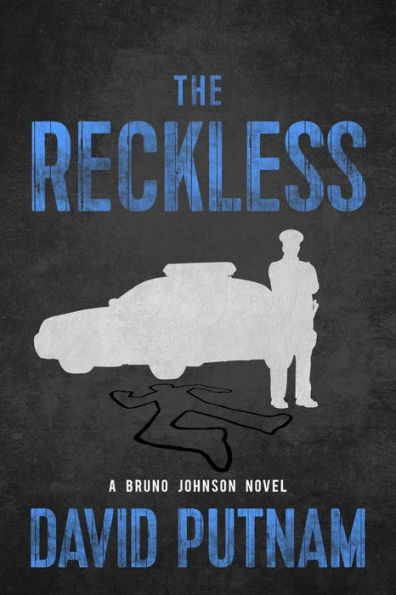 Perfect for fans of Robert Crais and John Sandford

Bruno Johnson, a young and inexperienced LA County Deputy Sheriff, is trying to balance his life as the single father of a four-year-old daughter and his responsibilities as a cop in the Violent Crimes Unit. When he and his impetuous partner Ned Kiefer are put on loan to the FBI to help out with a “special problem,” Bruno finds himself in a real bind.
The FBI hands Bruno and Ned a case that the Bureau prefers not to touch—a group of teenage criminals that are being run by a nefarious criminal known as the Darkman. Bruno discovers the identity of the Darkman and is stunned to realize that he is the perpetrator from a lingering unsolved case—a triple homicide that continues to haunt Bruno.
The problem is how to stop the juvenile criminals without killing kids, and at the same time, avoid being killed by the kids—or by the Darkman—and keep his reckless partner Ned under control.