Nay Seyers will be signing copies of “Royal Bird” in VA this month.

Nay Seyers (Pen Name). Nayda Reyes Talbot was born Nayda Beatriz Reyes Garcia on February 6th, 1979 in Ponce, Puerto Rico. Daughter to Angel Reyes Figueroa a carpenter and Nayda Beatriz Garcia Rodriguez a homemaker. The oldest of four siblings, she was raised between her hometown of Piedra Aguza in Juana Diaz, Puerto Rico and Massachusetts. Her family never stayed put for longer than two years throughout her childhood and adolescence, making her upbringing diverse, multicultural and bilingual.

Graduated 1997 in Lawrence, Massachusetts and shortly after joined the military in 1998, serving in the United Stated Navy. Stationed in Naval Base Norfolk, Virginia on the USS Theodore Roosevelt (CVN-71).

A veteran, has lived in Virginia since 1998 and has made this home to raise her family. Mother to five children; Adyan, Waverly, Rae’Elle, Tybee and Shelby. 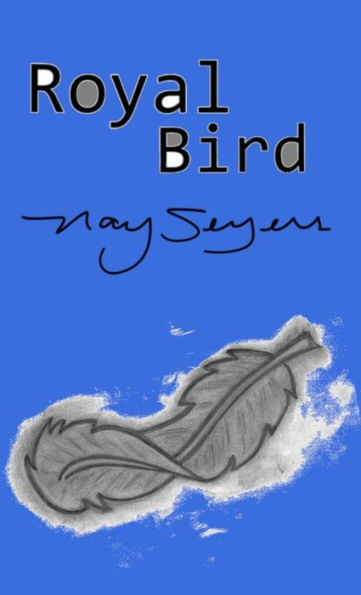 Reybot was a quiet, apprehensively—awkward experiment. It, well—he, would become the knight in a bit of dull armor of the story. I guess he could have been categorized as a robot of sorts, not a very good one, but one just the same. Reybot was the creation of a lonely five-year-old who was desperately in need of a friend, but what this boy hadn’t realized was that his creation would awake the curiosity of deliverance.