Barbara Tyner will be signing copies of “Rhyaden” in CO next month.

Barbara was born in Colorado and still resides there. A lifelong love for horses and the outdoors led to a life of farming, ranching, and managing a feedlot. She spearheaded a ten-year project in rural eastern Colorado to establish The Grassroots Community Center, park, and health clinic. A board member of the Foundation for nine years, she became the Executive Director of the Center when it opened.

After retiring from ranching, her long dormant love for writing bloomed and she returned to school, earning a BA in English Literature from UCCS. A lifelong love of T.H.White’s classic, “The Once and Future King” and her granddaughter’s love for dragon stories were a major inspiration for “Rhyaden.”

Barbara’s first novel, “Wait Here, Wait There” was released in 2012. This work deals with the realities of Alzheimer’s and pushing one’s self through and beyond grief. At the same time, she wrote this first novel, she and her daughter co-wrote a five-book series of children’s picture books, The Badger Books.

The mother of three children, and grandmother of five, Barbara loves gardening, kayaking, bike riding, snow-shoeing, and visiting National Parks. Through her bi-weekly blog barbaraktyner.wordpress.com she corresponds with people around the globe on all topics of everyday life. 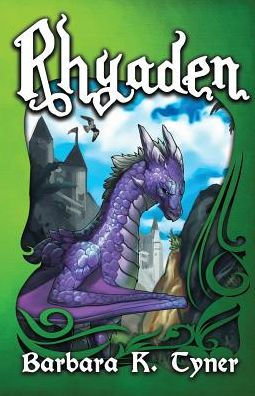 Growing up in a land where stealth was Niall’s biggest challenge, an enthralling story unfolds as this young boy discovers the world he thought he was part of was not all it seemed to be.

Trees talk, dragons are not just a part of the folklore, and the invasion of a foreign kingdom is not a far-off possibility – it is a reality that lands on his doorstep. He must discover that royal ancestry has no part in the struggles he will face, nor will it help him become the man who must learn that his strength comes from overcoming his struggles.

His choices, rather than any bloodline or magical connection, define whom he will become – as well as the fate of a kingdom.