Patrick Kilpatrick, film & TV star, will be signing copies of “Dying For Living” in CA next month.

Robert Donald Kilpatrick, Jr. (born August 20, 1949), better known as Patrick Kilpatrick, is an American actor, director, screenwriter, producer, and journalist. He has appeared in over 117 films and television series. 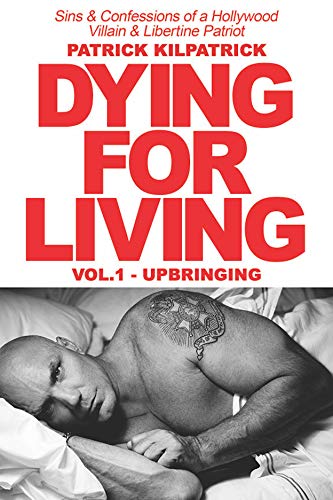 One of the finest screen and television character actors of his generation, Patrick Kilpatrick has played against a broad spectrum of superstars including Tom Cruise, Arnold Schwarzenegger, Bruce Willis, Pam Grier, and Naomi Watts, to name a few. With an entertainment career spanning more than 170 credits as lead actor, producer, screenwriter, director, and global entertainment teacher, Kilpatrick is now sharing his life in his much-anticipated two-volume memoir. Revealing details of a volatile, yet privileged upbringing, and a searing, often hilarious and scandalous literate look behind three decades of working with Hollywood’s elite, Kilpatrick tells a rollicking tale that will keep you turning the pages!