Author R.L. Myers will be signing copies of “Wanton Aggression” in VA next month.

Rochelle Lynn is an American author, best known for publishing and writing Romance, Erotic Romance and New Adult Fiction under the pen name R. L. Myers, Myers was Born in Portsmouth, Virginia raised in Southern Maryland. Myers made her way cross-country where Myers pursued her career in Texas as an writer/Author, while being a full-time mother to her six children. Myers made her way back to her home town, residing in a little town called Montross, in Northern Virginia with her husband and children. Myers was very eager to have her first Novel “Unforeseen” released, which hit stores June 2018, weeks later selling over 11k world wide ! Soon to follow Myers will be releasing her second novel , “Wanton Aggression”. Which will make way Fall 2018” Myers’s first two book series. Myers is continuously writing and has plans already in the making for more Novel’s . 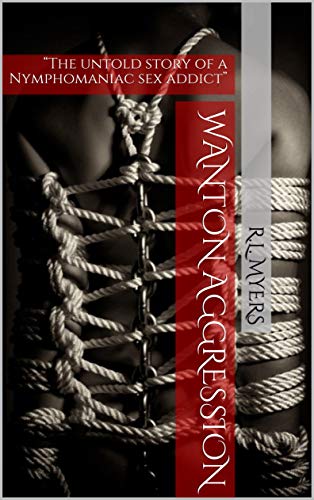 Growing up in a less perfect world, bouncing from foster home to foster home, sexually and mentally abused as a young child, Vanessa Katharina Black could only do one thing, to get her through life, creating a theory of her very own to cope fighting her demons with the life she had been dealt, Vanessa became the only ideal solution, one’s sexual fantasy, one’s obsession. Creating a world of her very own, turning one’s fantasy in to reality, and one’s reality their worst nightmare. Bringing, the true meaning of Domination to surface, realizing with each fantasy she became more intrigued, seeing how much one would endure to be pleased, made Vanessa more obsessive more compulsive. The structure she had built around her, were walls of steel. Where love was forbidden, the truth was hidden. Where the life she created consumed her she could not fathom life differently. In the dark world of BDSM, Domination, and Submissive, fantasy, sexual desire and devotion, Vanessa was custom to the life she only knew, the life that she indeed had created, the life only very few knew about. Will, Ian Kelly, PHD. A therapist in downtown Seattle, succeed and breakthrough Vanessa’s steel walls. Or will Mr. Kelly become a part of her world, the only world she knows.