Harry Moon and Honey Moon series creator Mark Andrew Poe never thought about being a children’s writer growing up. His dream was to love and care for animals, specifically his friends in the rabbit community. Along the way, Mark became successful in all sorts of interesting careers. He entered the print and publishing world as a young man and his company did really, really well. Mark became a popular and nationally sought-after health care advocate for the care and well-being of rabbits.

Years ago, Mark came up with the idea of a story about a young man with a special connection to a world of magic, all revealed through a remarkable rabbit friend. Mark worked on his idea for several years before building a collaborative creative team to help bring his idea to life. And the Harry Moon and Honey Moon book series was born.

In 2014, Mark began a multi-book project launching both the The Amazing Adventures of Harry Moon and the Enchanted World of Honey Moon book series into the youth marketplace. Harry Moon is a hero defined by his love for a magic where love and ‘DO NO EVIL’ live. Today, Mark continues to work on the many stories of Harry Moon. He lives in suburban Chicago with his wife and his 25 rabbits. 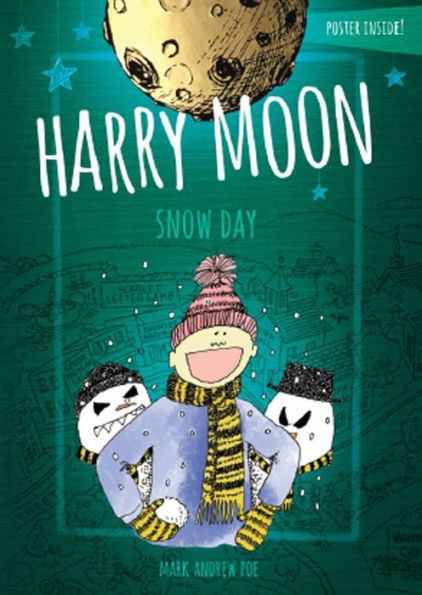 Kligore’s halloween alarm fails to awaken him so that he can cast his daily early morning spell over Sleepy Hollow. Harry and his friends awaken to three feet of freshly fallen snow as winter punches through
Halloween for one wonderful moment. Sleepy Hollow Middle School’s very first SNOW DAY! The Good Mischief Team has a whole day to figure out what to do with a glorious, magnificent, juicy twenty-four hours, a gift courtesy of Mayor
Maximus Kligore.