Maria V. Snyder will be signing copies of “Navigating the Stars” in PA this month.

When Maria V. Snyder was younger, she aspired to be a storm chaser so she attended Pennsylvania State University and earned a Bachelor of Science degree in Meteorology. Much to her chagrin, forecasting the weather wasn’t in her skill set so she spent a number of years as an environmental meteorologist, which is not exciting … at all. Bored at work and needing a creative outlet, she started writing fantasy and science fiction stories. Over a dozen novels and numerous short stories later, Maria’s learned a thing or three about writing. She’s been on the New York Times bestseller list, won a half-dozen awards, and has earned her Master of Arts degree in Writing from Seton Hill University, where she is now a faculty member for their MFA program.

When she’s not writing she’s either playing volleyball or traveling (she’s been to 65 countries so far and has no plans to stop!). Being a writer, though, is a ton of fun. Where else can you take fencing lessons, learn how to ride a horse, study martial arts, learn how to pick a lock, take glass blowing classes, and attend Astronomy Camp and call it research? Maria will be the first one to tell you it’s not working as a meteorologist. Readers are welcome to check out her website for book excerpts, free short stories, maps, blog, and her schedule at www.MariaVSnyder.com. 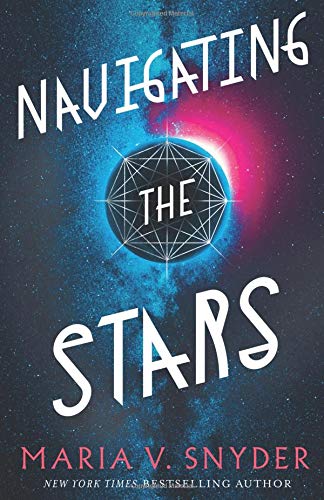 “The answer is no, Lyra,” my mother utters her favorite—I swear—phrase.No means I have to travel with them to another planet—again.No means leaving all my friends fifty years in the past. Thanks, Einstein.Seventeen-year-old Lyra Daniels can’t truly blame Einstein or her parents for their impending move across the Milky Way Galaxy. It’s all due to the invention of the Q-net, which made traveling the vast distances in space possible—with one big caveat: the time dilation. But that never stopped Lyra’s ancestors from exploring the Milky Way, searching for resources and exoplanets to colonize. What they didn’t expect to find is life-sized terracotta Warriors buried on twenty-one different exoplanets…. Make that twenty-two. As the Galaxy’s leading experts on the Warriors, Lyra’s parents are thrilled by the new discovery, sending them—and her—fifty years into the future. Her social life in ruins, she fills her lonely days by illegally worming into the Q-net. The only person close to her age is the annoyingly irresistible security officer who threatens to throw her into the brig.After the planet they just left goes silent—meaning no communications from them at all—security has bigger problems to deal with than Lyra, especially when vital data files go missing. But that’s just the beginning, because they’re not as alone as they thought on their new planet… and suddenly time isn’t the only thing working against them.