William Hazelgrove will be signing his newest book “Wright Brothers, Wrong Story”, as well as “Al Capone and the 1933 World Fair” in IL next month.

William Hazelgrove is a best-selling author whose books include Shots Fired in Terminal 2; Madam President: The Secret Presidency of Edith Wilson; Forging a President: How the Wild West Created Teddy Roosevelt; and Al Capone and the 1933 World’s Fair. His books have hit the National Bestseller List, received starred reviews in Publishers Weekly and Booklist, and have been included in Book of the Month Selections, Literary Guild Selections, Junior Library Guild Selections, and ALA Editor’s Choice Awards. He has written articles and reviews for USA Today and other publications. He has been the subject of interviews in NPR’s All Things Considered along with features in the New York Times, Los Angeles Times, Chicago Tribune, Chicago Sun Times, Richmond Times Dispatch, USA Today, People, Channel 11, NBC, WBEZ, and WGN. He was the Ernest Hemingway Writer in Residence and runs a political cultural blog, The View from Hemingway’s Attic. 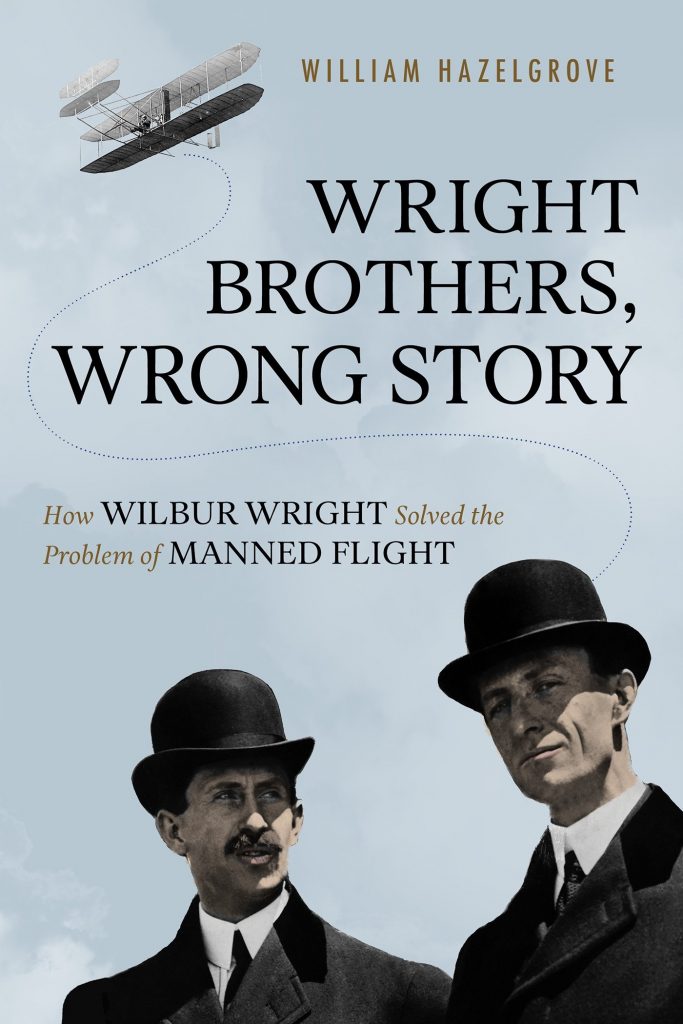 This book is the first deconstruction of the Wright brothers myth. They were not — as we have all come to believe–two halves of the same apple. Each had a distinctive role in creating the first “flying machine.”

How could two misanthropic brothers who never left home, were high-school dropouts, and made a living as bicycle mechanics have figured out the secret of manned flight? This new history of the Wright brothers’ monumental accomplishment focuses on their early years of trial and error at Kitty Hawk (1900-1903) and Orville Wright’s epic fight with the Smithsonian Institute and Glenn Curtis. William Hazelgrove makes a convincing case that it was Wilbur Wright who designed the first successful airplane, not Orville. He shows that, while Orville’s role was important, he generally followed his brother’s lead and assisted with the mechanical details to make Wilbur’s vision a reality.
Combing through original archives and family letters, Hazelgrove reveals the differences in the brothers’ personalities and abilities. He examines how the Wright brothers myth was born when Wilbur Wright died early and left his brother to write their history with personal friend John Kelly. The author notes the peculiar inwardness of their family life, business and family problems, bouts of depression, serious illnesses, and yet, rising above it all, was Wilbur’s obsessive zeal to test out his flying ideas. When he found Kitty Hawk, this desolate location on North Carolina’s Outer Banks became his laboratory. By carefully studying bird flight and the Rubik’s Cube of control, Wilbur cracked the secret of aerodynamics and achieved liftoff on December 17, 1903.
Hazelgrove’s richly researched and well-told tale of the Wright brothers’ landmark achievement, illustrated with rare historical photos, captures the excitement of the times at the start of the “American century.” 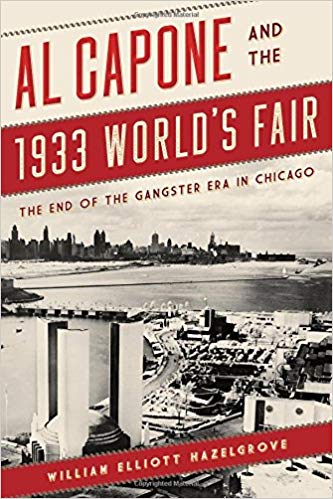 Al Capone and the 1933 World’s Fair: The End of the Gangster Era in Chicago is a historical look at Chicago during the darkest days of the Great Depression. The story of Chicago fighting the hold that organized crime had on the city to be able to put on The 1933 World’s Fair.

William Hazelgrove provides the exciting and sprawling history behind the 1933 World’s Fair, the last of the golden age. He reveals the story of the six millionaire businessmen, dubbed The Secret Six, who beat Al Capone at his own game, ending the gangster era as prohibition was repealed. The story of an intriguing woman, Sally Rand, who embodied the World’s Fair with her own rags to riches story and brought sex into the open. The story of Rufus and Charles Dawes who gave the fair a theme and then found financing in the worst economic times the country had ever experienced. The story of the most corrupt mayor of Chicago, William Thompson, who owed his election to Al Capone; and the mayor who followed him, Anton Cermak, who was murdered months before the fair opened by an assassin many said was hired by Al Capone.

But most of all it’s the story about a city fighting for survival in the darkest of times; and a shining light of hope called A Century of Progress.