Lauren Teffeau will be signing copies of her book “Implanted” in NM next month.

LAUREN C TEFFEAU was born and raised on the East Coast, educated in the South, and employed in the Midwest. Lauren now lives and dreams in the southwestern United States. When she was younger, she poked around in the back of wardrobes, tried to walk through mirrors, and always kept an eye out for secret passages, fairy rings, and messages from aliens. Now, she writes to cope with her ordinary existence. Blood Courier is her first novel. 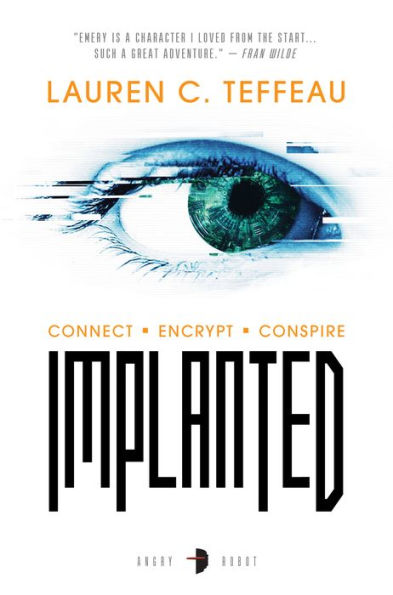 The data stored in her blood can save a city on the brink… or destroy it, in this gripping cyberpunk thriller

When college student Emery Driscoll is blackmailed into being a courier for a clandestine organisation, she’s cut off from the neural implant community which binds the domed city of New Worth together. Her new employers exploit her rare condition which allows her to carry encoded data in her blood, and train her to transport secrets throughout the troubled city. New Worth is on the brink of Emergence – freedom from the dome – but not everyone wants to leave. Then a data drop goes bad, and Emery is caught between factions: those who want her blood, and those who just want her dead.