Dr. Michele Bell will be signing her debut book, “A Journey of Unconditional Love” in NY next month.

Michele Bell didn’t know she was an author until a life experience took her on a journey of self-discovery that led to a powerful new purpose. She is a mother first, one who understands her son’s short life for the gift that it was. His illness and subsequent passing, her perception of these events and their greater meaning, left her with a voice she can’t ignore, and Michele knows her journey now is to bring that voice to the world. She’s a Phd who’s held both traditional and not-so traditional career roles before acknowledging her true calling. She’s had success as a real estate broker, and before that, she expertly navigated the stress-filled atmosphere of working behind the scenes in show business with well-known, high profile talents. She has a gift for reaching people with her core and gaining their trust with her raw exuberance of a life lived truthfully. Michele believes her son Nicky had a purpose too, and left it for her to fulfil. Today, she is at peace with her circumstances, and energized by the opportunities in front of her to celebrate an inspirational young life, to keep his purpose alive through her own works, and to help other despairing parents and loved-ones walk along their own journey from a place of calm and acceptance, understanding, and yes… even healing. 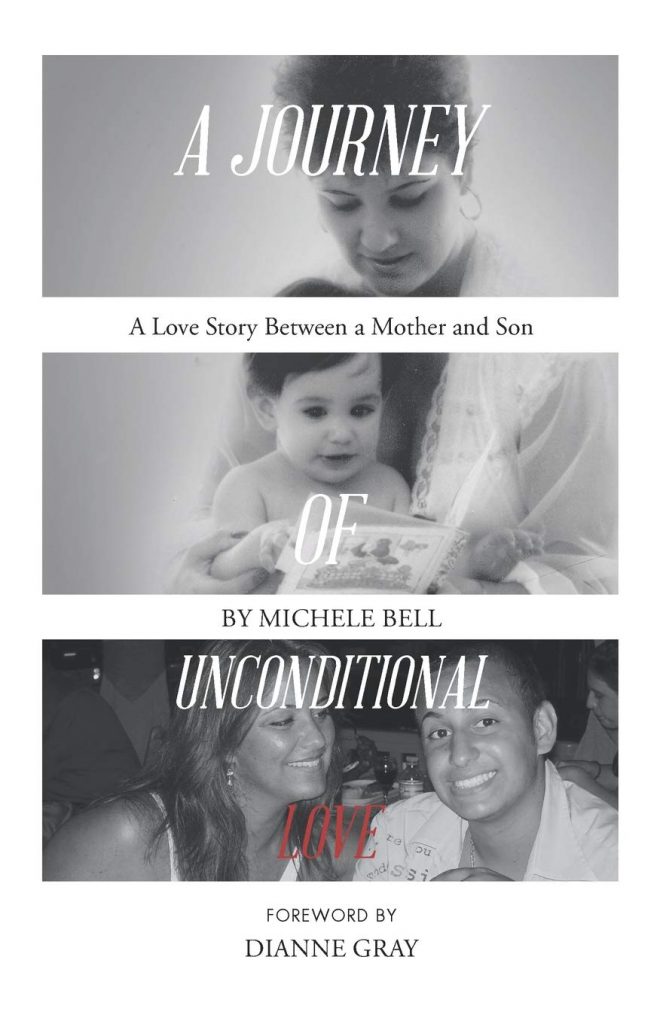 Nicky Bell, diagnosed with Ewing’s Sarcoma at age thirteen, died five years later, with his mother and best friend at his side. A Journey of Unconditional Love tells Nicky and Michele’s story, describing the battle with cancer in great detail. However, this book is about more than cancer and its treatment and the fight to survive. It’s about more than a mother and her son who had to face his mortality at such a young age and the despair and anguish that comes in losing that fight. It’s about more than death . . . This book is about life.

It’s about how this mother and son approached the everyday moments of life despite the greater story that was playing out around them and was outside of their control. It’s about what each had learned from the other and the influential roles played in their life experiences. It is about how it still affects the life of the one left behind. It’s about the depth of human spirit and the soul’s ultimate survival, along with what the survivor is supposed to do with that energy. The connection between this mother and her son has lived on long after his passing, and it continues to be a force in this mother’s life every day.

The inspiration in this story comes from the millions of small everyday moments, the choices made, the words spoken, and the unconditional love that makes such a seemingly senseless experience somehow bearable.

This book gives a voice to parents and loved ones, caregivers and patients, those who relate to this loss, and those who know they feel every heartbeat in this story but who also struggle to come to grips with their own experience.