Don Coscarelli, director of “Phantasm” and “Bubba Ho Tep”, will be signing copies of “True Indie” at various locations across the country during this month.

DON COSCARELLI became the youngest filmmaker ever to have a feature film distributed by a studio when Universal bought his first film at age 19. The independent, award-winning filmmaker is best known for Phantasm which spawned a rabid cult of fans worldwide. His other indie genre hits include The Beastmaster and Bubba Ho-tep. On TV he directed Showtime’s Masters of Horror premiere episode. His film John Dies at the End was a Sundance selection. In 2004, he was inducted into Fangoria’s Hall of Fame. 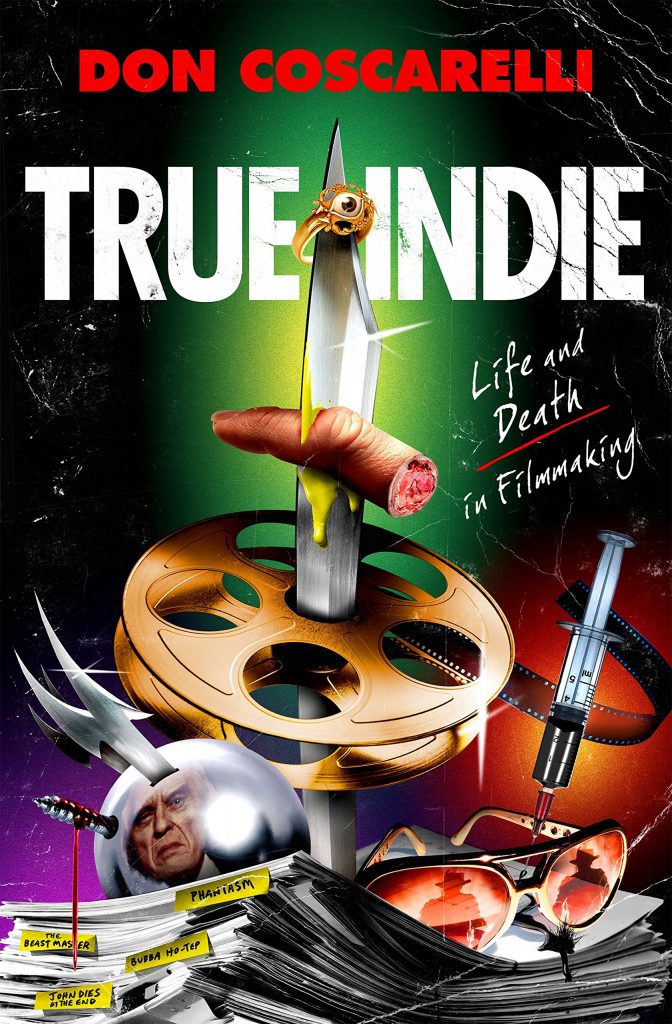 From Don Coscarelli, the celebrated filmmaker behind many cherished cult classics comes a memoir that’s both revealing autobiography and indie film crash course.

Best known for his horror/sci-fi/fantasy films including Phantasm, The Beastmaster, Bubba Ho-tep and John Dies at the End, now Don Coscarelli’s taking you on a white-knuckle ride through the rough and tumble world of indie film.

Join Coscarelli as he sells his first feature film to Universal Pictures and gets his own office on the studio lot while still in his teens. Travel with him as he chaperones three out-of-control child actors as they barnstorm Japan, almost drowns actress Catherine Keener in her first film role, and transforms a short story about Elvis Presley battling a four thousand year-old Egyptian mummy into a beloved cult classic film.

Witness the incredible cast of characters he meets along the way from heavy metal god Ronnie James Dio to first-time filmmakers Quentin Tarantino and Roger Avary. Learn how breaking bread with genre icons Tobe Hooper, John Carpenter and Guillermo Del Toro leads to a major cable series and watch as he and zombie king George A. Romero together take over an unprepared national network television show with their tales of blood and horror.

This memoir fits an entire film school education into a single book. It’s loaded with behind-the-scenes stories: like setting his face on fire during the making of Phantasm, hearing Bruce Campbell’s most important question before agreeing to star in Bubba Ho-tep, and crafting a horror thriller into a franchise phenomenon spanning four decades. Find out how Coscarelli managed to retain creative and financial control of his artistic works in an industry ruled by power-hungry predators, and all without going insane or bankrupt.

True Indie will prove indispensable for fans of Coscarelli’s movies, aspiring filmmakers, and anyone who loves a story of an underdog who prevails while not betraying what he believes.