Lin-Manuel Miranda, creator of “Hamilton”, will be signing copies of “Gmorning, Gnight!” in NY this month.

Lin-Manuel Miranda is an award-winning composer, lyricist, and performer, as well as the recipient of a 2015 MacArthur Foundation Award. His musical Hamilton won the 2016 Pulitzer Prize for Drama and earned a record-breaking sixteen Tony nominations, winning eleven Tony Awards. Miranda’s first Broadway musical, In the Heights, received four 2008 Tony Awards. He contributed music, lyrics, and vocals to several songs in Disney’s Moana, earning him an Oscar nomination and a Grammy Award for the original song “How Far I’ll Go.” He stars alongside Emily Blunt in Disney’s Mary Poppins Returns. Miranda lives in New York City with his wife, sons, and dog. 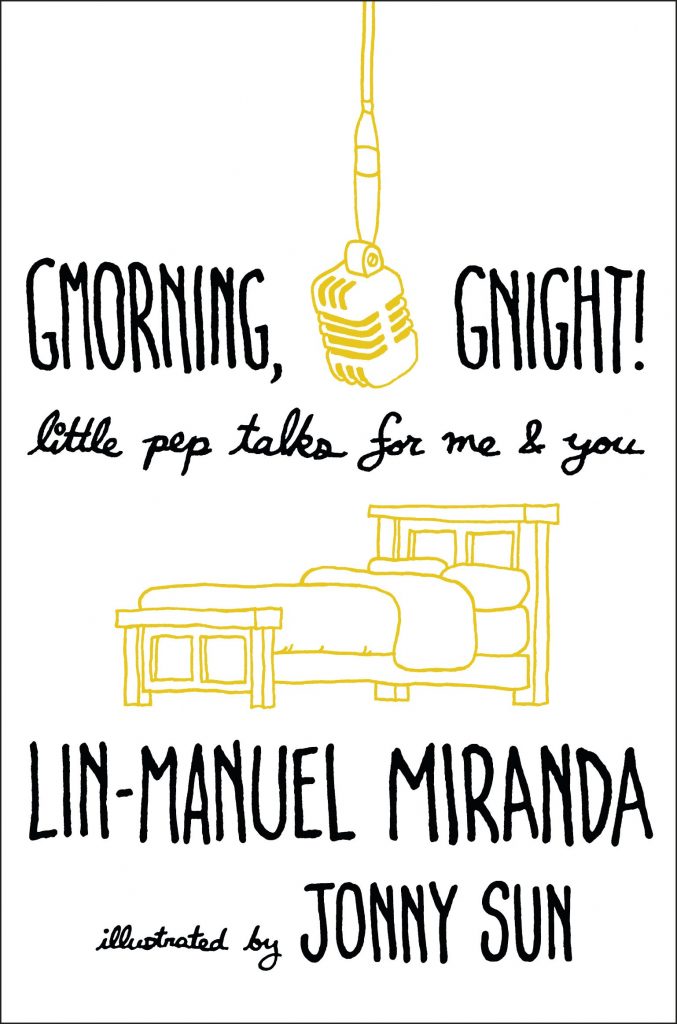 From the creator and star of Hamilton, with beautiful illustrations by Jonny Sun, comes a book of affirmations to inspire readers at the beginning and end of each day.

“When the world is bringing you down, Gmorning, Gnight! will remind you that you are awesome.”—Booklist

Good morning. Do NOT get stuck in the comments section of life today. Make, do, create the things. Let others tussle it out. Vamos!

Before he inspired the world with Hamilton and was catapulted to international fame, Lin-Manuel Miranda was inspiring his Twitter followers with words of encouragement at the beginning and end of each day. He wrote these original sayings, aphorisms, and poetry for himself as much as for others. But as Miranda’s audience grew, these messages took on a life on their own. Now Miranda has gathered the best of his daily greetings into a beautiful collection illustrated by acclaimed artist (and fellow Twitter favorite) Jonny Sun. Full of comfort and motivation, Gmorning, Gnight! is a touchstone for anyone who needs a quick lift.