Captain Lee, star of “Below Deck”, will be signing copies of “Running Against the Tide” in NY and CT next month.

Captain Harold Lee Rosbach is the star of Bravo’s popular reality series Below Deck. While he has been in the luxury yachting industry for over twenty-five years, the “Stud of the Sea” didn’t switch careers until the age of 35. Since then, he has commanded more than a dozen superyachts of up to 185’. 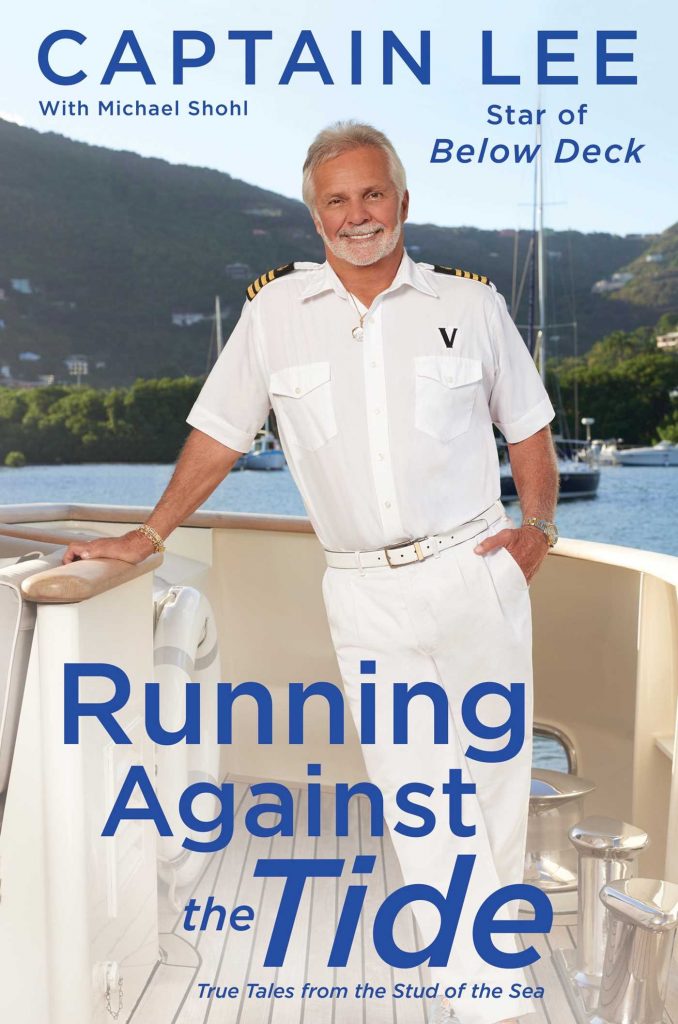 From the star of Bravo’s hit reality show Below Deck, comes Running Against the Tide, the “Stud of the Sea’s” first-ever memoir recounting his journey from landlocked Saginaw, Michigan to the high seas, where he has spent more than twenty-five years as a superyacht captain.

The cast members of Below Deck are known for their catfights, scheming, personal attacks, and long-held grudges, but what keeps viewers coming back week after week is resident hero Captain Lee, the only cast member to appear in all five seasons.

But you don’t have to be one of Below Deck’s 1.5 million weekly viewers to appreciate Captain Lee’s story, which offers a glimpse behind-the-scenes at the luxury yachting industry and one of Bravo’s biggest franchises. From having to reclaim his drunk captain’s lost papers in the Dominican Republic to unwittingly crewing a drug boat out of Turks and Caicos to navigating the outrageous demands of the super-rich in New York City, Captain Lee’s tales from the high seas run the gamut, proving time and time again why he’s a fan favorite: he’s occasionally profane, he’s often surprising, but he’s never dull and, for the first time, he’s here to tell all.