John Kerry, former Secretary of State, will be signing copies of “Every Day Is Extra” at various locations across the country during September and October.

John Forbes Kerry is a former Secretary of State and five-term US Senator. Kerry is the author of Every Day Is Extra, A Call to Service: My Vision for a Better America, The New War, and the best-selling This Moment on Earth. He is currently a Distinguished Fellow for Global Affairs at Yale University as well as the inaugural Visiting Distinguished Statesman for the Carnegie Endowment for International Peace. Kerry and his wife, Teresa Heinz Kerry, have two daughters, three sons, and seven grandchildren. 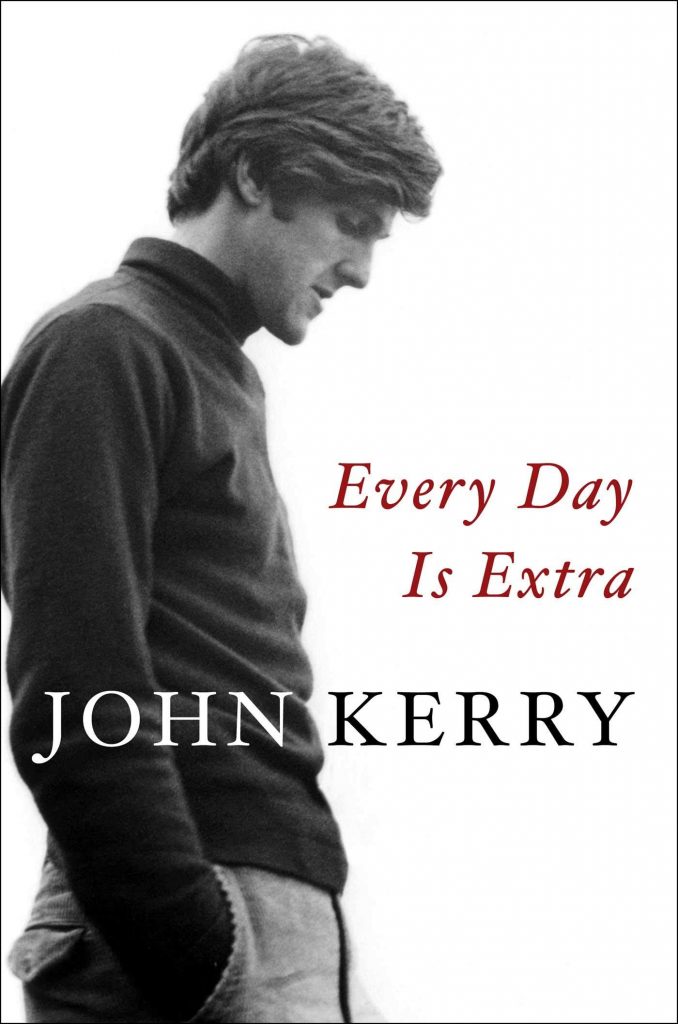 John Kerry tells the story of his remarkable American life—from son of a diplomat to decorated Vietnam veteran, five-term United States senator, 2004 Democratic presidential nominee, and Secretary of State for four years—a revealing memoir by a witness to some of the most important events of our recent history.

Every Day Is Extra is John Kerry’s candid personal story. A Yale graduate, Kerry enlisted in the US Navy in 1966, and served in Vietnam. He returned home highly decorated but disillusioned, and testified powerfully before Congress as a young veteran opposed to the war.

Kerry served as a prosecutor in Massachusetts, then as lieutenant governor, and was elected to the Senate in 1984, eventually serving five terms. In 2004 he was the Democratic presidential nominee and came within one state—Ohio—of winning. Kerry returned to the Senate, chaired the important Foreign Relations Committee, and succeeded Hillary Clinton as Secretary of State in 2013. In that position he tried to find peace in the Middle East; dealt with the Syrian civil war while combatting ISIS; and negotiated the Iran nuclear deal and the Paris climate agreement.

Every Day Is Extra is Kerry’s passionate, insightful, sometimes funny, always moving account of his life. Kerry tells wonderful stories about colleagues Ted Kennedy and John McCain, as well as President Obama and other major figures. He writes movingly of recovering his faith while in the Senate, and deplores the hyper-partisanship that has infected Washington.

Few books convey as convincingly as this one the life of public service like that which John Kerry has lived for fifty years. Every Day Is Extra shows Kerry for the dedicated, witty, and authentic man that he is, and provides forceful testimony for the importance of diplomacy and American leadership to address the increasingly complex challenges of a more globalized world.