Zsofi Teleki will be signing copies of “Sunlight on Shadow” in NC next month.

Zsofi Teleki, a Hungarian immigrant now settled in the mountains of North Carolina, has completed her new book “Sunlight on Shadow: Memoir of a Forgotten Place and People”: a dramatic portrayal of Hungary and its people as they struggle to survive World War II and its aftermath. 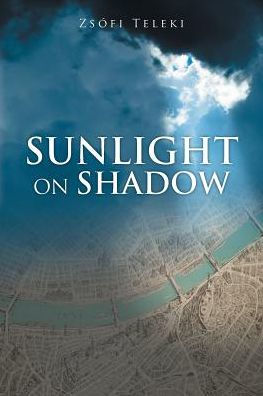 Sunlight on Shadow is a memoir, not just of a life, but of a small nation continually sucked into the wars of the powerful . The story is told through the lives of three diverse families: an intellectual medical family, a struggling civil servants family and one historically prominent family.

The author is your guide to history that is little known and almost never included in any history class. The story begins with the parents of the author, they slowly tell their daughter of their experiences in WWII and how they survived. They also take the risk of telling her the truth, not the propaganda. Life for Hungarians post war was a misery of fear, despair, and fight to survive. Survival is not just a struggle for the body, it is also a silent never ending fight to hold on to humanity and dignity and truth. It is in this atmosphere that the author slowly becomes the memory keeper, first for her mother and later as a woman for her aunts, father and her mother in law. Long before that, Zsofi learns to treasure her moments of sunshine and to understand the importance of love and respect in family and friendship. History continues to disrupt and the family flees into exile.

The new world provides safety and opportunity, but it is strange and unknown. It is a struggle for a girl coming of age Hungarian in America. Within the shelter of the emigre community she finds life with a fellow Hungarian. Together they build a life very much based on the life they lost. While they raise three children, and welcome a lonely boy into their midst they travel often to Budapest and there learn all the things they could not as children. Most important they learn to keep and teach their heritage and live where life has swept them.