Carol Fiore will be signing copies of “Countdown” in Tucson, AZ next month.

Carol Fiore is the author of Flight through Fire. She holds three degrees and is a licensed pilot. Carol donates most of the proceeds from the sale of this book to environmental charities, including the Kea Conservation Trust. Visit her website at www.carolfiore.com. 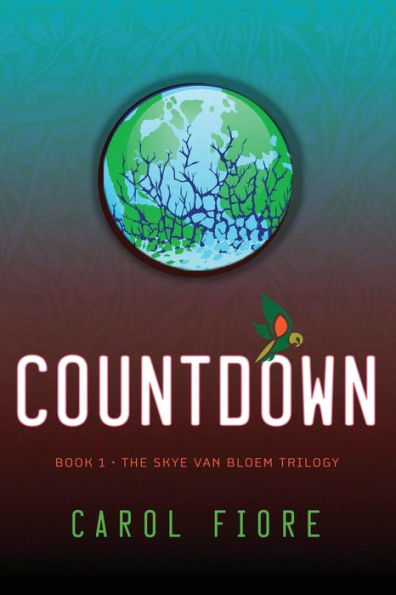 Polar ice caps are melting. Whole ecosystems are being destroyed. Wildlife is being carelessly slaughtered.

Eighteen-year-old Skye Van Bloem didn’t create the environmental crisis facing our planet, but she’s angry about it. What upsets her the most is that with the exception of her two best friends hardly anyone else on Earth seems to care.

But Skye’s about to discover that she’s not alone. A race of technologically advanced aliens called Beholders have offered the animals of Earth a chance to determine the fate of the biggest threat facing the planet: humanity itself. According to an unlikely emissary from the animal world—a snarky prairie dog—only Skye can convince them that humans can change and start protecting the environment instead of destroying it.

Now, nothing is as it seemed. As Skye’s adventures take her from the mountains of Colorado to the forests and fiords of New Zealand, she’s not sure who she can trust—her own grandmother, new friends, strange animal guides, or the handsome Beholder who just might be in love with her. But Skye’s biggest worry is herself: can someone as skeptical of humankind as she is become their greatest champion?

She doesn’t have long to decide. The countdown has started.