C.A. Gray will be signing copies of “The Phoenix Project” in AZ next month.

C.A. Gray is the author of the YA Fantasy PIERCING THE VEIL trilogy, as well as the NA Dystopian series, THE LIBERTY BOX. By day, she is a Naturopathic Medical Doctor (NMD), with a primary care practice in Tucson, Arizona. Additionally, she writes medical books under her real name.

Her favorite authors include J.K. Rowling and Suzanne Collins, and she also reads an exceptional amount of non-fiction. She is blessed with exceptionally supportive family and friends, and thanks God for them every single day!

To learn more about C.A. Gray, visit her online at authorcagray.com. 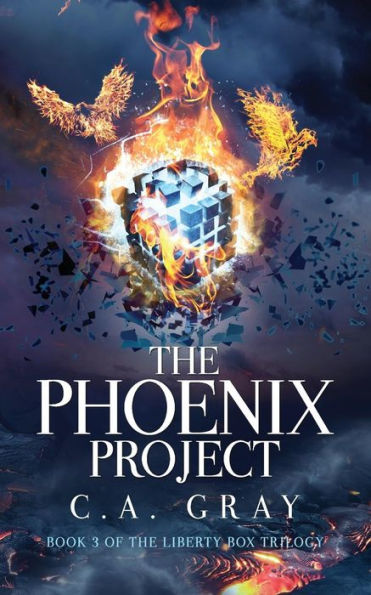 The haven city of Beckenshire has been demolished, and most of the rebels lie beneath the rubble. The few that remain scramble to communicate with the outside world, knowing that if they are to stand a chance in the coming war, they can’t do it alone. In a last-ditch effort to grow their ranks, the remaining rebels systematically destroy the repeaters which help to propagate the control center signals. And it’s working: citizens in targeted cities are waking up in droves. But Ben Voltolini will stop at nothing to quell the uprising before it has a chance to get off the ground. And he has one major ace up his sleeve: Kate Brandeis.

During Kate’s broadcast to the nation, Voltolini unleashed targeted brainwave signals against her, causing her to allow both Jackson MacNamera’s capture, and her own. Now, despiteVoltolini’s exquisite wining and dining, she can’t seem to stop the panic attacks. Whom can she trust? What is truth? Is there even such a thing?

Meanwhile, imprisoned and hopeless, Jackson realizes the depths of his feelings for Kate only after he has already lost her. The incredible self-control upon which he prides himself gets put to the ultimate test when he meets an unlikely ally who just may turn the tide in the rebels’ favor–but only if Jackson can put aside his own bitterness. In this gripping conclusion to The LibertyBox Trilogy, new and surprising alliances are formed, passions run high, and our heroes learn what they are really made of. Do they have what it takes to fight for freedom–even if it means paying the ultimate price?