Caren Werlinger will be signing copies of “When the Stars Sang” in VA this month.

Caren was raised in Ohio, the oldest of four children. Much of her childhood was spent reading every book she could get her hands on, and crafting her own stories. She was influenced by a diverse array of authors, including Rumer Godden, J.R.R. Tolkien, Ursula Le Guin, Marion Zimmer Bradley, Willa Cather, and the Brontë sisters. She has lived in Virginia for over twenty-five years where she practices physical therapy, teaches anatomy and lives with her partner and their canine fur-children. She began writing creatively again several years ago. Her first novel, Looking Through Windows, won a Debut Author award from the Golden Crown Literary Society in 2009. Since then, she has published several more novels, winning three Goldies and multiple Rainbow Awards. She recently completed her first fantasy trilogy, The Dragonmage Saga. When the Stars Sang is her thirteenth published novel. Check out her blog: http://cjwerlinger.wordpress.com 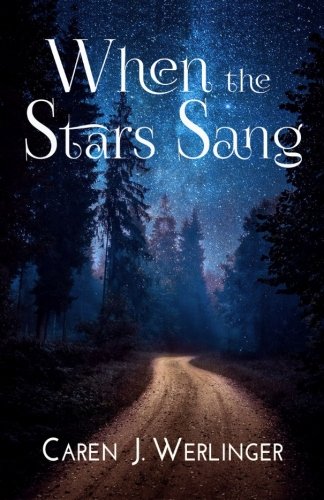 Nearly twenty-five years ago, Kathleen Halloran’s brother drowned during the last summer they ever spent with their grandmother on a remote island off Maine’s coast. Like a siren’s call she can’t resist, Kathleen is pulled back to Little Sister Island. She leaves her job and her girlfriend, packs up her few belongings, and moves into her grandmother’s cottage. Molly Cooper loves life on Little Sister, where the islanders take care of their own. Kathleen Halloran doesn’t belong here, and her arrival stirs up unwelcome memories for the islanders—including Molly’s brother. Molly is certain Kathleen will pack up at the first big blow. When she doesn’t, Molly begins to see maybe there’s more to Kathleen than she thought. Sometimes, before you can move forward, you have to look back.