David & Lauren Hogg, Parkland survivors, will be signing copies of “#NeverAgain” in NY next month. 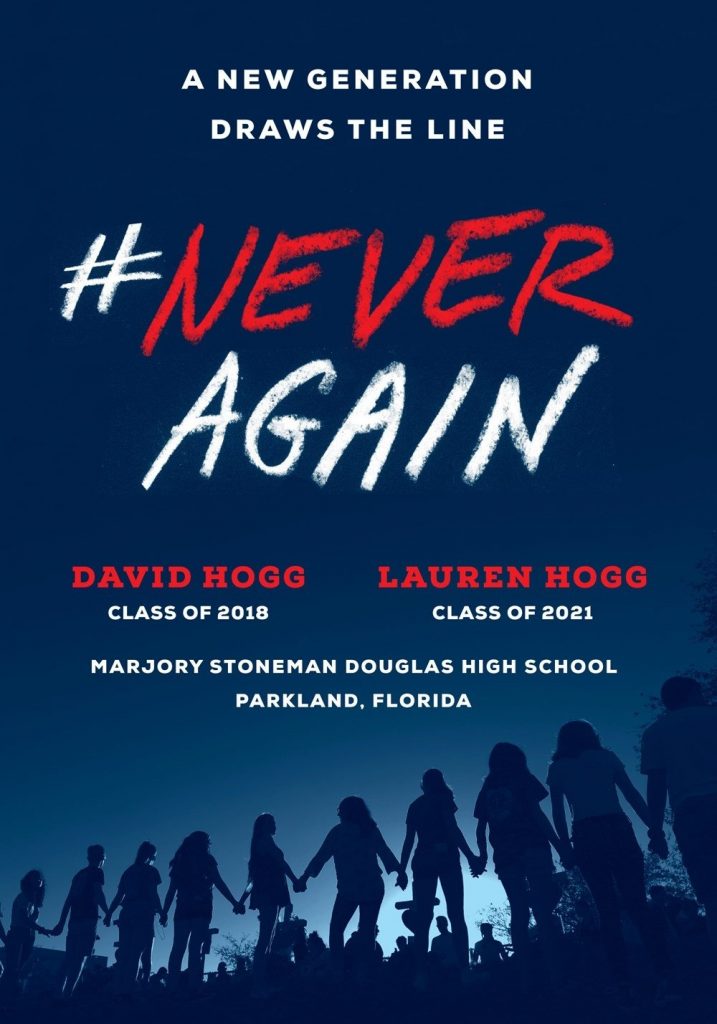 From two survivors of the Parkland, Florida, shooting comes a declaration for our times, and an in-depth look at the making of the #NeverAgain movement.

On February 14, 2018, seventeen-year-old David Hogg and his fourteen-year-old sister, Lauren, went to school at Marjory Stoneman Douglas High School, like any normal Wednesday. That day, of course, the world changed. By the next morning, with seventeen classmates and faculty dead, they had joined the leadership of a movement to save their own lives, and the lives of all other young people in America. It’s a leadership position they did not seek, and did not want–but events gave them no choice.

The morning after the massacre, David Hogg told CNN: “We’re children. You guys are the adults. You need to take some action and play a role. Work together. Get over your politics and get something done.”

This book is a manifesto for the movement begun that day, one that has already changed America–with voices of a new generation that are speaking truth to power, and are determined to succeed where their elders have failed. With moral force and clarity, a new generation has made it clear that problems previously deemed unsolvable due to powerful lobbies and political cowardice will be theirs to solve. Born just after Columbine and raised amid seemingly endless war and routine active shooter drills, this generation now says, Enough. This book is their statement of purpose, and the story of their lives. It is the essential guide to the #NeverAgain movement.