Davey Johnson, former NY Mets’ manager, will be signing copies of “My Wild Ride In Baseball and Beyond” in NY and NJ during June.

Davey Johnson was a four-time All-Star and two-time world champion second baseman with the Baltimore Orioles. As a manager, he retired with an astounding .588 winning percentage over more than 15 seasons, including a heralded Mets world championship in 1986. Erik Sherman is the co-author of three highly acclaimed baseball autobiographies: Out At Home (with Glenn Burke), A Pirate For Life (with Steve Blass), and the New York Times bestseller Mookie: Life, Baseball and the ’86 Mets (with Mookie Wilson). Sherman is also the author of the bestseller Kings of Queens: Life Beyond Baseball with the 1986 Mets. 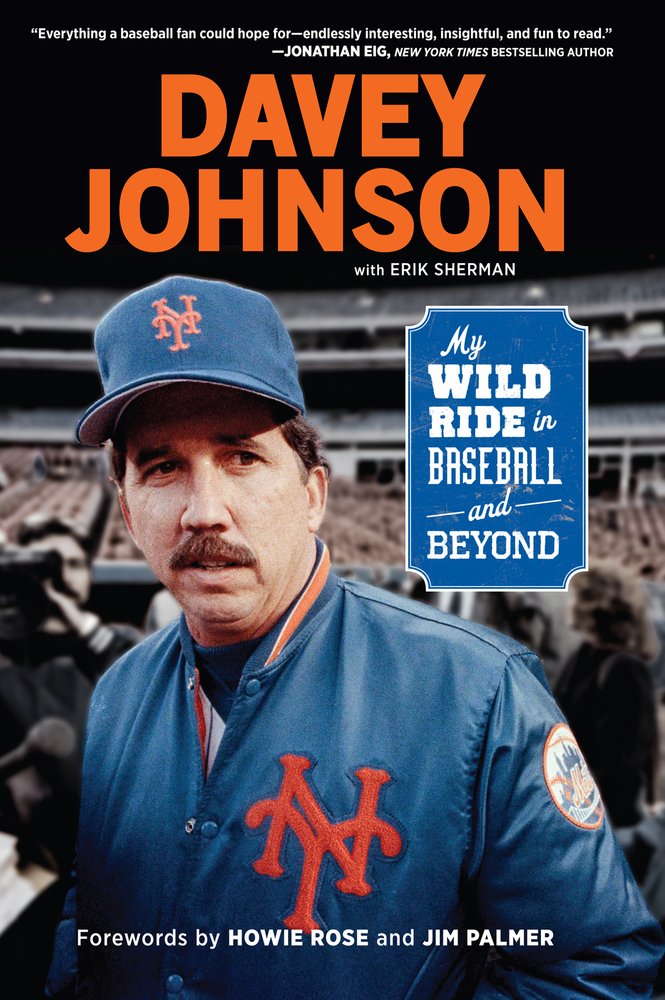 Davey Johnson is best known for managing the New York Mets, Cincinnati Reds, and Baltimore Orioles—and taking all three clubs to their respective league championship series during his time at the helm. When teams needed to improve, they hired Johnson, and he delivered, memorably leading the Mets to the 1986 World Series title. Yet even as he raised the bar of their success, all three clubs parted ways with Johnson, a pattern that puzzles him to this day. A self-termed “army brat,” Johnson kept moving, managing the Los Angeles Dodgers then the Washington Nationals before announcing his retirement in 2013. But managing baseball has been just one part of Johnson’s fascinating life. A true Renaissance man, Johnson has also found incredible success as a land investor, pilot, scratch golfer, scuba diving teacher, and mathematician, pioneering the use of sabermetrics in the big leagues. Now, Johnson finally takes the time to meditate on his wild and remarkable journey, with reflections on not only his All-Star playing days and years of managerial success in New York, Cincinnati, and Baltimore, but on his entire career.