Kevin Smith, director and actor, will be signing copies of his “Funko Pop” in NJ next month.

Kevin Patrick Smith (born August 2, 1970) is an American filmmaker, actor, comic book writer, author, and podcaster. He came to prominence with the low-budget comedy film Clerks (1994), which he wrote, directed, co-produced, and acted in as the character Silent Bob of stoner duo Jay and Silent Bob. Jay and Silent Bob have appeared in Smith’s follow-up films Mallrats, Chasing Amy, Dogma, Jay and Silent Bob Strike Back, and Clerks 2 which were set primarily in his home state of New Jersey. While not strictly sequential, the films frequently featured crossover plot elements, character references, and a shared canon described by fans as the “View Askewniverse”, named after his production company View Askew Productions, which he co-founded with Scott Mosier. 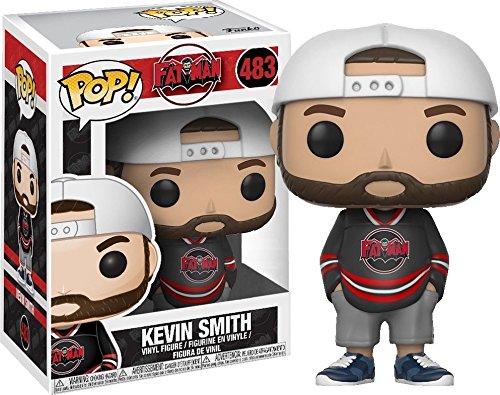