The Motels, 80’s music stars, will be signing copies of “The Last Few Beautiful Days” in CA next month.

The Motels are an American new wave band from Berkeley, California that is best known for the singles “Only the Lonely” and “Suddenly Last Summer”—each of which peaked at No. 9 on the Billboard Hot 100, in 1982 and 1983, respectively. In 1980, The Motels song “Total Control” reached No. 7 on the Australian chart (for two weeks), and their song “Danger” reached No. 15 on the French chart.

Martha Davis, the lead singer, reformed a version of the band called “The Motels featuring Martha Davis” in 1998 and toured under that name with various line-ups of musicians. 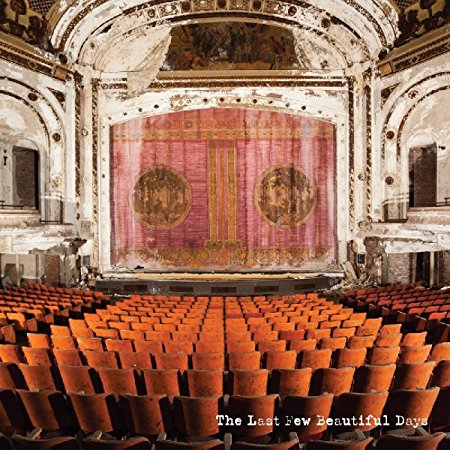 About “The Last Few Beautiful Days”:

With the release of their newest disc, LAST FEW BEAUTIFUL DAYS, The Motels 2018, pick up where the original band left off. For those familiar only with the slickly hit making latter-day Motels of MTV fame, it might have seemed a bit incongruous to see band leader Martha Davis 2018 last viewed as a glamourpuss of major proportions wearing a baggy, gas-jockey jacket, fronting what could actually be described as a rock ‘n’ roll band. But to those who remember her as the most captivating female singer on the thriving L.A. new-wave club scene circa 1979, her return to a psycho-ragamuffin staredown vibe and songs loaded with ragged hooks, this is vintage Motels that fits in nicely with todays streaming world. In 1978 Davis formed the band with guitarist Jeff Jourard who brought in his brother Marty on keyboards and saxophone. Michael Goodroe on bass and Brian Glascock on drums. This lineup played around L.A. for six months before signing with Capitol Records on May 13, 1979 Mother’s Day. The Motels released five albums on Capitol Records between 1979 and 1985, two of them earning Platinum record status and generating two Top Ten singles, Only the Lonely and Suddenly Last Summer. The band broke up in 1987 when Martha released POLICY, her solo album. After leaving Capitol Davis spent years working in different musical genres with multitudes of players. Recently it became apparent that one particular configuration generated the same feeling as the original band concept. The new lineup includes guitarist Clint Walsh, drummer Eric Gardner bassist Nic Johns and as of 2014, original member Marty Jourard.