Sean Penn, Oscar winning actor, will be speaking and selling presigned copies of “Bob Honey Who Just Do Stuff” at various locations during March and April.

Sean Penn won the Academy Award for Best Actor for his performances in Mystic River and Milk, and received Academy Award nominations as Best Actor for Dead Man Walking, Sweet and Lowdown, and I Am Sam. He has worked as an actor, writer, producer, and director on over one hundred theater and film productions. His journalism has appeared in the San Francisco Chronicle, The Nation, and HuffPo. This is his first novel. 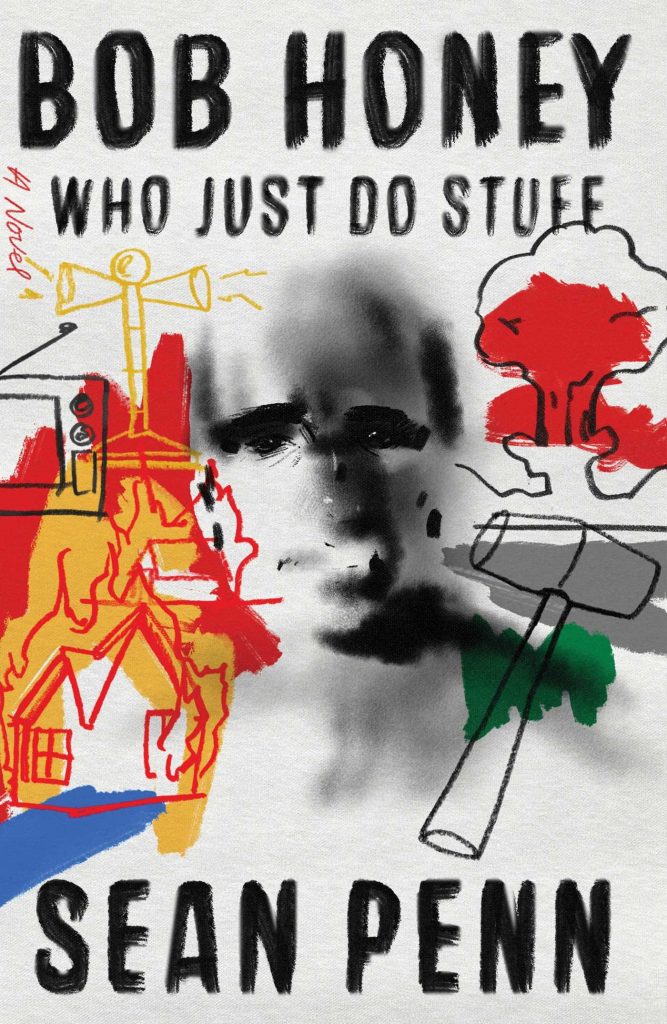 “It seems wrong to say that so dystopian a novel is great fun to read, but it’s true. I suspect that Thomas Pynchon and Hunter S. Thompson would love this book.” —Salman Rushdie

Bob Honey has a hard time connecting with other people, especially since his divorce. He’s tired of being marketed to every moment, sick of a world where even an orgasm isn’t real until it is turned into a tweet. A paragon of old-fashioned American entrepreneurship, Bob sells septic tanks to Jehovah’s Witnesses and arranges pyrotechnic displays for foreign dictators. He’s also a contract killer for an off-the-books program run by a branch of US intelligence that targets the elderly, the infirm, and others who drain this consumption-driven society of its resources.

When a nosy journalist starts asking questions, Bob can’t decide if it’s a chance to form some sort of new friendship or the beginning of the end for him. With treason on everyone’s lips, terrorism in everyone’s sights, and American political life sinking to ever-lower standards, Bob decides it’s time to make a change—if he doesn’t get killed by his mysterious controllers or exposed in the rapacious media first.

A thunderbolt of provocative words and startling images, Bob Honey Who Just Do Stuff marks the fiction debut of one of America’s most acclaimed artists.