Brutus Beefacke, wrestling legend, will be signing copies of “Brutus Beefcake: Struttin’ and Cuttin'” in New Jersey next month.

Ed Leslie (born April 21, 1957) is an American semi-retired professional wrestler, best known for his work in the World Wrestling Federation (WWF) under the ring name Brutus “The Barber” Beefcake. He later worked for World Championship Wrestling (WCW) under a variety of names.

Leslie held nine titles throughout his career, and is a former WWF World Tag Team Champion with Greg Valentine. He also competed for major singles titles on pay-per-view and television, headlining the Starrcade 1994, in a match against then-WCW World Heavyweight Champion Hulk Hogan as well challenging then-Intercontinental Champion The Honky Tonk Man at WrestleMania IV. He also defended the WWF World Tag Team Championship with Greg “The Hammer” Valentine and manager “Lucious” Johnny V as a member of The Dream Team against the Captain Lou Albano and Ozzy Osbourne led British Bulldogs at WrestleMania II where they were the main event for the Chicago portion of the event. 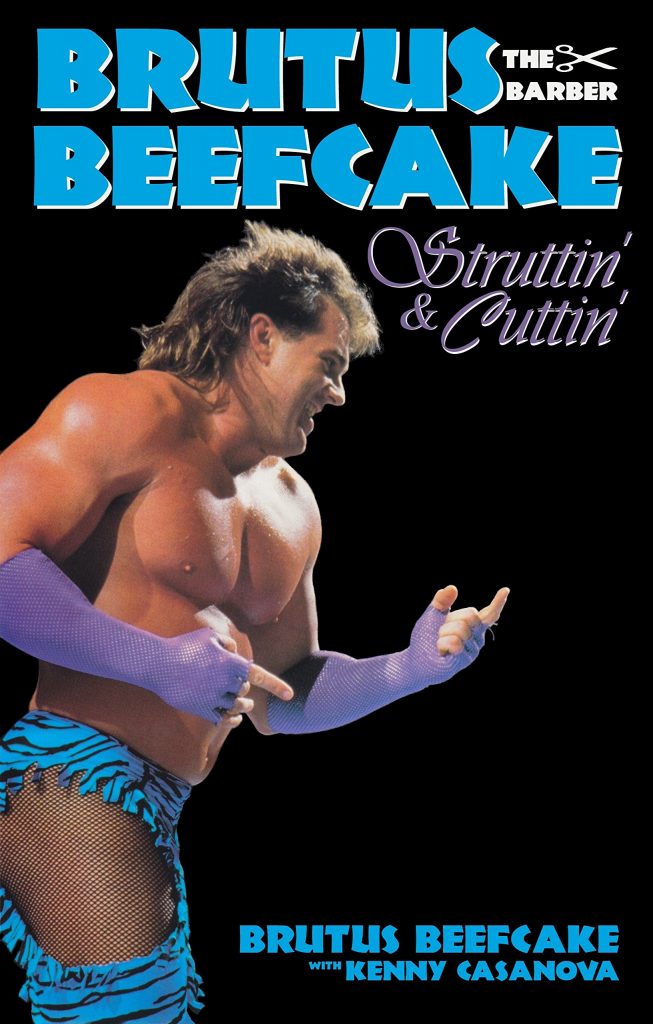 Brutus Beefcake: Struttin’ & Cuttin’ will bring you everything you want to learn about the world’s most famous wrestling barber Brutus Beefcake was a main event WWF Superstar who traveled the world. His tell-all book covers; the parasailing accident that almost ended his life & the struggle to make his miraculous comeback… Growing up in Tampa with Wade Boggs & Hulk Hogan in the mix… Breaking into the wrestling business… Working in the territorial days of wrestling… Vince McMahon’s take over… The Dream Team championship run with Greg Valentine… The WWF takeover in the initial Wrestlemania… Crazy rockstar-like road stories… Ridiculous & Horrific wrestler pranks/ribs… Working on Hollywood movie sets… Wrestling in Japan… His Countless crazy gimmicks in WCW… and more! With a Foreward by baseball legend Wade Boggs, and guest passages by DDP, Marty Jannetty, Koko B Ware, Brian Blair & more, “The Barber” gives you all the dirt on the road working with: Hulk Hogan, Andre the Giant, British Bulldogs, Ron Bass, Adrian Adonis, Jimmy Hart, Roddy Piper, JYD, Greg Valentine, The Ultimate Warrior & more! If you are a wrestling fan of the good old days when WWF Superstars were like larger-than-life rockstars, you will not want to miss it!