Steven Price will be signing copies of “The Griffin” in MA next month.

Steven Price lives in Boston’s Metrowest with his wife and two girls. He graduated from the University of Chicago with a major in Archaeology and received his law degree from The George Washington University. His love for mythology and fantasy began when his parents gave him an illustrated copy of The Odyssey which soon grew ragged from overuse. When not devising new and insidious ways to torture his characters he can be found buying far too many comic books and simply enjoying fatherhood. 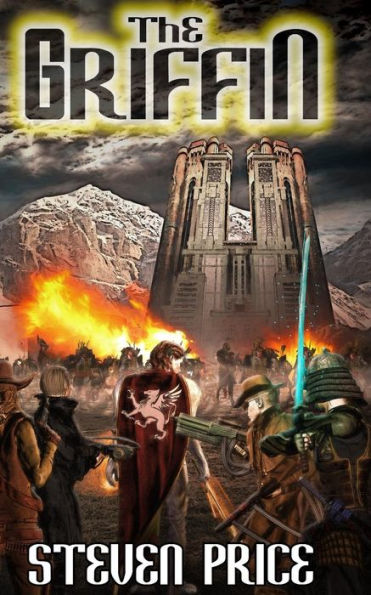 When Avery Cole, a young man who thought having to choose a brand of toothpaste was too much responsibility, decided to relieve himself in the back alleyway of a bar, he never expected he would become the unwitting vessel for the sword Excalibur. Or that this one accident would reignite an eons long cold war between the conquering Empros Corporation and the secret protectors of the Earth, the Tribunal. Though he would prefer to just run the other way, Avery will be forced to accept his role in this new world from a motley crew of companions composed of a dwarfish bartender who may be the Earth’s first hero, a monster hunter exiled for the crime of compassion, a steampunk cowboy murdered by the Corporation, and a Samurai betrayed on the eve of his greatest victory. Not to mention the possibly immortal and definitely insane man named Solomon, who may just be a certain ancient king, and his life companion Eustathios, a pig only he can understand, but everyone loves. They will teach Avery what it means to be a hero, whether he likes it or not.