Bob Tewksbury is the mental skills coach for the San Francisco Giants and was formerly the mental skills coach for the Boston Red Sox. He has a master’s degree in sport psychology and counseling from Boston University. Drafted by the Yankees in 1981, he won 110 games over a 13-year career (from 1986 through 1998) with the New York Yankees, Chicago Cubs, St. Louis Cardinals, Texas Rangers, San Diego Padres, and Minnesota Twins, and was named to the National League All-Star team. He lives in Concord, New Hampshire. 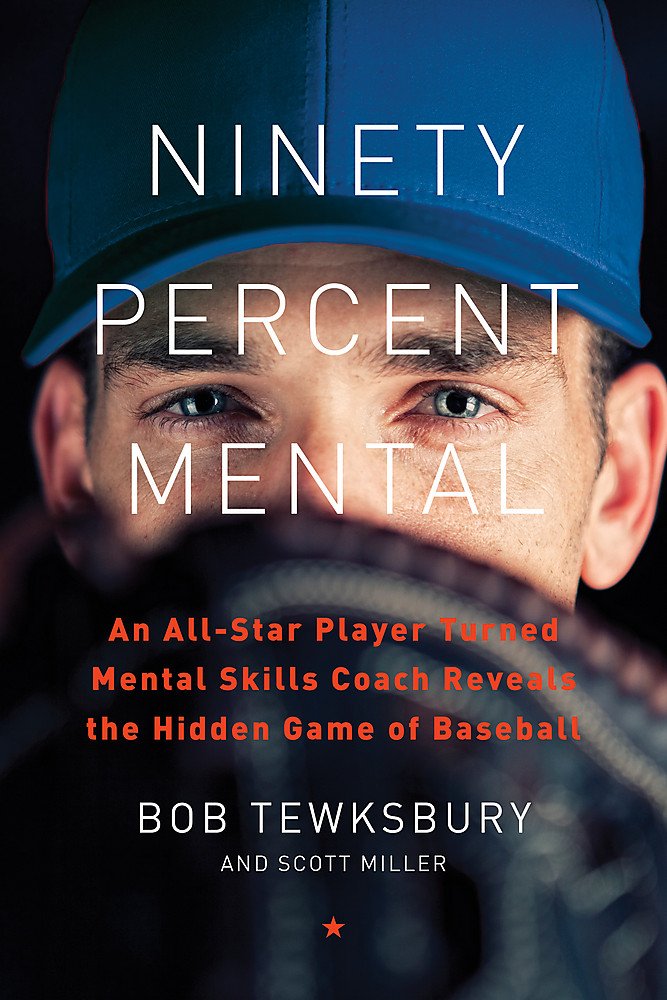 In Ninety Percent Mental, Bob Tewksbury shows readers a side of the game only he can provide, given his singular background as both a longtime MLB pitcher and a mental skills coach for two of the sport’s most fabled franchises, the Boston Red Sox and San Francisco Giants. Fans watching the game on television or even at the stadium don’t have access to the mind games a pitcher must play in order to get through an at-bat, an inning, a game. Tewksbury explores the fascinating psychology behind baseball, such as how players use techniques of imagery, self-awareness, and strategic thinking to maximize performance, and how a pitcher’s strategy changes throughout a game. He also offers an in-depth look into some of baseball’s most monumental moments and intimate anecdotes from a “who’s who” of the game, including legendary players who Tewksbury played with and against (such as Mark McGwire, Craig Biggio, and Greg Maddux), game-changing managers and executives (Joe Torre, Bruce Bochy, Brian Sabean), and current star players (Jon Lester, Anthony Rizzo, Andrew Miller, Rich Hill).

With Tewksbury’s esoteric knowledge as a thinking-fan’s player and his expertise as a “baseball whisperer”, this entertaining book is perfect for any fan who wants to see the game in a way he or she has never seen it before. Ninety Percent Mental will deliver an unprecedented look at the mound games and mind games of Major League Baseball.