Paul Feig, director of “Bridesmaids” and “Freaks & Geeks”, will be signing copies of “Ghostbusters 101” in California this month.

On television he created the show Freaks and Geeks and directed several episodes of The Office and Arrested Development, plus episodes of 30 Rock, Parks and Recreation, Mad Men, Other Space and other television series. Feig has been nominated for two Emmy Awards for writing on Freaks and Geeks and three for directing on The Office. As an actor, he is also known for playing Mr. Eugene Pool, Sabrina’s science teacher, on the first season of Sabrina, the Teenage Witch, as well as Tim, a camp counselor, in the film Heavyweights. 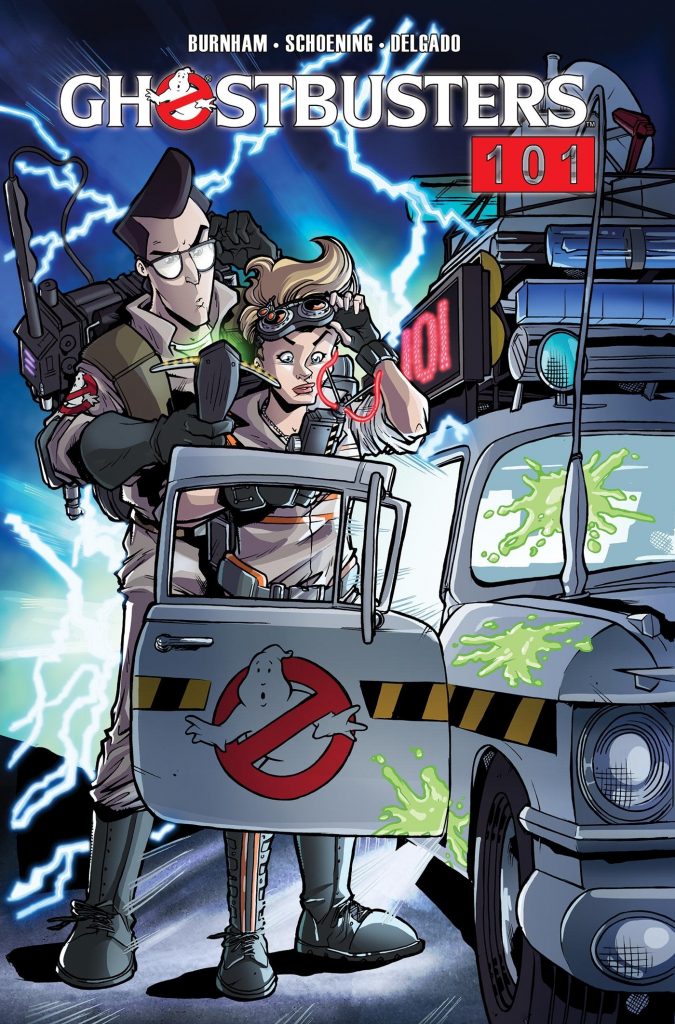 Worlds collide as your favorite Ghostbusters — from all three movies! — meet for the first time! It’s the biggest crossover since they crossed the streams!

Featuring an all-new introduction by Ghostbusters: Answer the Call director Paul Feig! Before they began investigating the supernatural, most of the original Ghostbusters were teachers… and they’ve decided it’s time they start sharing their knowledge again. But when their first batch of students start poking around the firehouse and accidentally set in motion the merging of two universes (it’s easier than you’d think) Venkman, Stantz, Zeddemore, and Spengler will need all the help they can get to put things right! And who do you think will Answer The Call? (If you guessed Holtzmann, Yates, Tolan, and Gilbert… you get a gold star!) It’s a brand new inter-dimensional meeting of the minds, starting here!